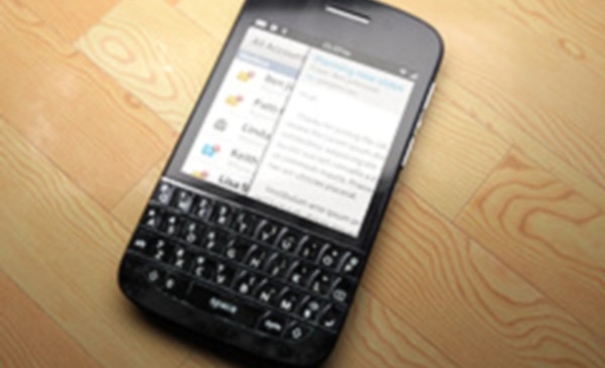 BlackBerry announced its new mobile operating system, BlackBerry 10 with a variety of changes in its existing mobile platform. These new features include increased security, improved graphics, and an additional application store and notification panel for ease of the users. The same set of features is also provided in the Apple mobile OS, iOS which is quite popular amongst its users.


BlackBerry is giving a competitive edge to Apple with the release of Z10 due to its popularity among the users.

Notification Panel: BlackBerry 10 has introduced an extension in the notification panel called "BB Hub" for its new devices by integrating all the new notification in a single window just like an iOS device does. However, the key difference between the two is that BB Hub allows the user to read and reply from the same notification window instead of redirecting the user to the corresponding app for performing the same task.

Development Tools: To support third-party application development for BlackBerry, BB 10 has introduced three major platforms for developing native apps. Developers can use C++/Cascade, Webworks and Adobe Air for developing BlackBerry apps in order to contribute in the app store of BlackBerry. On the other hand, iOS apps can only be developed using iOS SDK and lacks the support for HTML5 while Webworks for BB efficiently supports web apps development for HTML5 as well.

These major updates surely increase the weightage of BB 10 enabled devices in smartphone market. Since Apple's iOS 6 is already released in the market long before BB 10 was launched, it could provide an advantage to Apple to introduce more innovative features in its upcoming version of iPhone by analyzing the technical upgrades in BB 10.

More: http://www.articletrader.com/technology/mobile-phones/blackberry-10-or-ios-6-whos-the-winner.html
back to top