The Convenience of Tractors in Agriculture Today 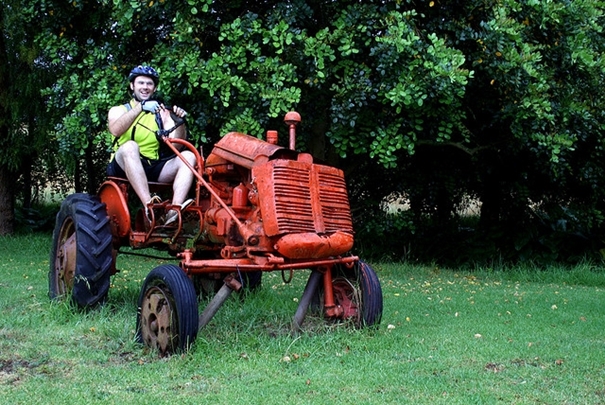 The agricultural sector is the most dominant division of the Indian economy. Millions of people, in the country, are dependent on agriculture as their source of income. Over the years, The Government has made efforts to increase the output of this sector. There have been innumerable undertakings that aim at, optimum utilization of available resources, to ensure a good harvest. This is evident in the fact that the country is among the leading producers of jute,

Initially, India’s production of food grains was very poor. There was a constant shortage and grains had to be imported from other countries. Shortage of food resulted in a hike in prices, which is why millions of people were the victims of droughts. In 1967, The Government launched the Green Revolution in a bid to increase the production of food grains and bring an end to starvation.

The Green Revolution was based on three principles:

2. Double cropping land, according to the season

Since this project was launched, there has been a stable rise in the agricultural output. The country went from deficit to surplus in a matter of years. Even today, the agricultural output is constantly increasing. In the 11th Five Year Plan (2007-2012) there was a 3.5% rise in profits from the agro based industries. Experts have predicted further growth of 4% over the next five years.

With an increase in outputs and sales, the income of farmers in India also increased. The rise in profits enabled them to invest in modern farming equipment. Take the tractor for example, this one piece of equipment can save hours of time and can significantly reduce the physical stress of the farmers.

Apart from transporting goods from one place to another, this vehicle can be used for a number of other purposes. Different attachments can be harnessed it, so that heavy farming processes can now be a simple undertaking. By attaching a plough to the back of the vehicle, the field can be easily tilled. The entire process can be done quickly and with the lease possible physical exertion. Once the field is prepared for sowing, there are various drills that aid in the planting of seeds. Farmers can drive through the fields and distribute the seeds according to their needs. Over the years, farmers are becoming increasingly aware of the convenience of using tractors in India.

It is no surprise that there has been a constant rise in the sales of such heavy equipment. Today, modern farming techniques have successfully been merged with traditional practices, to ensure the maximum possible agricultural output.