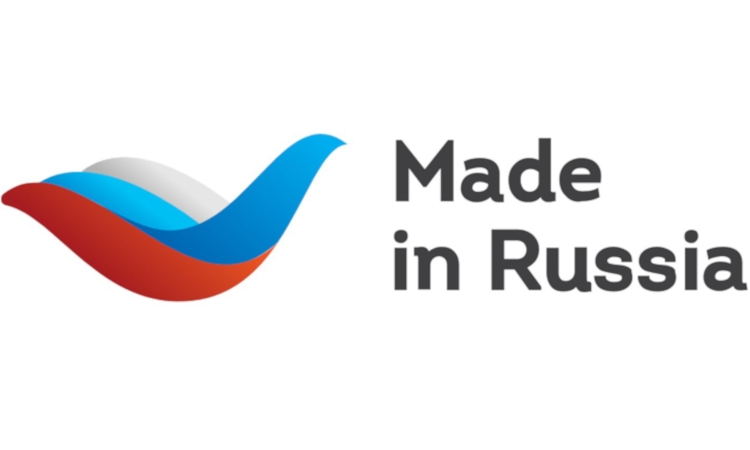 On Saturday, February 9, 2019, in Germany, within the framework of the 69th Berlin International Film Festival and the European Film Market (EFM), a special event was organized by Russian Export Center.

Made in Russia was held in the conference room of the Adlon Kempinski Hotel and consisted of the showcase of new projects of Russian exporters and an evening reception for the participants and guests of the film festival.

Made in Russia was visited by about 200 film industry professionals from 17 countries, including content distributors from France, Germany, the UK, Spain, the USA and China. The conference was attended by representatives of the Russian and international film industry, producers, sales agents, distributors, investors, representatives of insurance companies and trust funds. Among the honored guests were the Vice President of the American Film Market Robin Barth, the Director of EFM European Film Market Matthias Walter Knoll, Founder and Chairman of the Board of Power To The Pixel Liz Rosenthal, Founder of CineLorber Richard Lorber, The Guardian columnist and one of the world’s leading film critics Peter Bradshaw, Viktor Ilsky, the Trade Representative of the Russian Federation in Germany, former German Foreign Minister Dr. Wolf-Ruthart Born, representative of the 3rd European Department of the Foreign Ministry, Daniel Bislinger, and a McKinsey partner Niko Raabe.
The purpose of the event was the presentation of the export potential of the Russian film industry and the support of measures to popularize the sales of Russian films to foreign content distributors.
Conference moderators: Ekaterina Mtsituridze, general director of ROSKINO, and market expert, journalist of the main publication in the cinema and media industry of Variety, Christopher Vourlias.
Round table speakers: Managing Director of REC JSC Vera Podguzova, executive producer of Planeta Inform Dmitry Litvinov, head of marketing department and PR company Tvzavr Olesya Teplova, director, producer Nadezhda Mikhalkova, producer Anna Kachko, executive producer of Wizart Vladimir Nikolayev.
During the discussion, the following topics relevant to the modern film market were considered: the experience of international partnership in the film industry, coproduction and development prospects, the Russian and international experience of investing in coproduction projects and opportunities for international partnership.
As part of the showcase of key projects by leading Russian companies, Studio Slon presented the film Acid, a participant in the Panorama program Berlinale-2019, and the directorial debut of the star of the Gogol Center Theater, Alexander Gorchilin, about the current generation of young people. The producer of the Mila Rozanova film company, Mars Media presented the film T-34 (directed by Alexei Sidorov) – a military adventure action about the events of World War II, which became the leader of the Russian film distribution. Nadezhda Mikhalkova, director and producer of The Lost Place, presented her debut directorial project from BBP Alliance. The executive producer of Wizart, Vladimir Nikolaev, presented the cartoon The Snow Queen: Through the Looking Glass, the fourth part of the most profitable Russian animation franchise at the foreign box office. Soyuzmultfilm, Central Partnership, and the Chinese company HY Media took part in the coproduction. Deputy General Producer for International Development of the Riki Group of Companies, Diana Yurinova presented an adventure comedy – the full-length animated film My Panda Friend (directed by Denis Chernov), due to be released in Russia in October 2019. The company All Media presented two new films: the military action To Save Leningrad (directed by Alexei Kozlov) and the historical eastern Tobol (directed by Igor Zaitsev), which takes place in the period of Peter the Great’s reforms. The Planeta Inform Group of Companies presented the new thriller The Dawn (directed by Pavel Sidorov) with Oksana Akinshina in the lead role, the horror from the producers of the box-office hit Bride, Dmitry Litvinov and Vladislav Severtsev. Film Studio MOSFILM presented in Berlin the historical drama Anna Karenina. The Story of Vronsky (directed by Karen Shakhnazarov), based on the novel Anna Karenina by Leo Tolstoy and the story The Japanese War by Vikenty Veresayev. Russian World Vision announced the family fantasy movie Brownie (directed by Yevgeny Bedarev). Note that the film has already been sold to German-speaking countries. In Russia, the picture will be released on April 11, 2019. The IGMAR Company presented a new historical drama Cry of Silence (directed by Vladimir Potapov), based on Tamara Tsinberg’s novel The Seventh Symphony, which has already aroused great interest among international buyers.
At the end of the event, ROSKINO presented the short film Moscow in Motion, shot with the support of the Moscow government with an aim to popularize the sites of the Russian capital, attract the attention of foreign filmmakers to the services of the Moscow Film Commission, and demonstrate the capabilities of Russian producing companies. In Berlin, as well as at the Cannes Film Festival, the film itself, the level of its production, as well as the magnificent city sites were also highly appreciated.
As a result of the event, the Russian participants received offers for cooperation from international partners, as well as proposals for placing new content from Russia on major international streaming services.