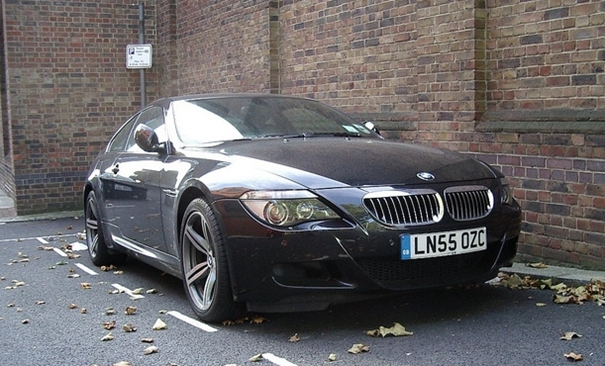 ﻿Picture the scenario- you are driving along in the lap of luxury, the satellite radio blaring and the heated seats on. You have become accustomed to the comfort level and great driving experience brought to you by BMW. You decide to stop at the local convenience store on your way home to grab some ice cream for the kids and a bottle of water for yourself. Upon returning to your car, you start it up,
check your rear view mirror, put the shifter in reverse and then the unthinkable happens- the engine just revs as if it is in neutral and the car goes nowhere!

This article deals with the reasons behind an unexpected loss of reverse in certain BMW automatic transmission equipped vehicles, specifically the 3 series and 5 series vehicles that use the ZF5HP19 or steptronic transmission. This includes the popular 323i, 323ci, 325i, 328i, 330i, 525i, 528i, 530i, X3 and X5 models well as some others built in the 1999 to present model years.

To eliminate confusion, this does not apply to vehicles equipped with the GM 5L40 E transmission, just the ones with the sometimes problematic ZF5HP19. The 5L40 E has some issues of its own that are beyond the scope of this article but are certainly going to be the subject of another.

The failure rate for these transmissions seems to be very high and is expected to become much more of a problem as time goes by.

Typically, the vehicle is working perfectly while driving forward but when it is put in reverse there is a complete and permanent loss of movement to back up.

Reverse is typically a major feat for any transmission to accomplish- imagine the demands that are placed on a gearbox as it is asked to reverse the torque of your engine so that you can back up your nearly 4000 pound vehicle.

By far, the most common cause of the reverse problem in BMW's is the failure of the D-G clutch drum. Specifically, the snap ring that retains the D or reverse clutch breaks out of the clutch drum resulting in an inability for the clutch pack to apply.

The good news is that there is hope in regards to a proper repair. The factory has released an updated part that so far appears to be a permanent fix for this problem.

In our testing and in conjunction with several hundred successful repairs at our facilities, the new part seems to be metallurgically superior in several ways.

We have found that there is an improved radius area as well as slightly thicker casting. In addition to this, the grove that retains the snap ring is also relocated further away from the edge of the drum.

With this issue addressed and attention to detail in several other areas of the ZF5HP19 unit, the transmission can be repaired to "better than new" condition by a competent transmission rebuilder / remanufacturer. In fact, when properly repaired, the ZF gearbox becomes quite robust and can provide an almost indefinite service life.

More: http://www.articlesbase.com/cars-articles/bmw-no-reverse-transmission-problem-274672.html
back to top