BMW 3 Series Is Hard To Beat 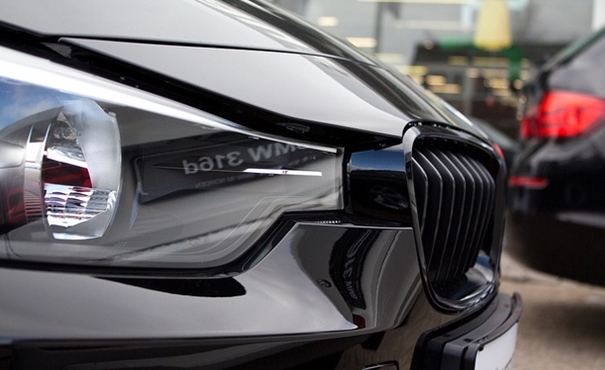 Among the many uncertainties of life there is a certainty that the BMW 3 Series is the sport saloon by which all others are measured. Many other manufacturers have tried to replicate the BMW 3 Series, and while a number of them have gotten close, none has ever bested BMW's entry-level saloon. BMW gives attention to every single aspect of their cars but one of the key ingredients of any BMW automobile is the silken responsiveness of its engine.
In fact, the only engine capable of operating as smoothly as an inline-six is a V12, which is basically two inline sixes mated. That is, until the engineers at BMW decided to fit an inline four-cylinder engine to its cars once again. The 2.0-liter four fitted to the new 328i makes 240 horsepower and 260 ft-lbs of torque. Maximum torque output is achieved at 1,250 RPM, thanks to the direct injection, variable valve timing and turbo charging. The 2.0-liter four delivers power like a significantly larger engine with no turbo lag whatsoever.
BMW quotes a 0-60 time of 5.7 seconds, which, remarkably is just a tenth of a second slower than that E36 M3. Of course, if that isn't enough for you, the 3.0-liter inline six is again available with Twin Power turbo charging as well. Offered as the 335i, that engine accelerates the car to 60 in 5.4 seconds. The BMW comes with standard equipment such as a 6.5-inch monitor in the center stack, I Drive, Bluetooth connectivity for both phones and audio, an interface for USB audio sources and iPods, the eight-speed automatic transmission, automatic start/stop, BMW's Dynamic Driving Control with its fuel saving ECO PRO Mode, and Brake Energy Regeneration.
BMW has tried to achieve even greater greener credentials with this latest version; the new car is equipped with eight-speed automatic transmission. If you're the sort who prefers an even more sporty character, there's a sport version of the eight-speed fitted to 3 Series cars with Sport Line and M Sport packages. Naturally, a slick shifting six-speed manual transmission is available as well.
All of the 3 Series elements blend into a driving experience unmatched by any other car. The fluidity of a BMW automobile in motion is the key reason that the BMW display at any auto show you visit is always crawling with people. The exceptionally quiet and smooth ride of the car and you'll frequently find yourself traveling 20 to 25 miles per hour faster than it feels like you are. With this newest 3-Series car, the company has elevated that attitude to newer heights with more performance, more luxury, more personal tech, and a more thoroughly satisfying experience overall.

More: http://www.articletrader.com/automotive/bmw-3-series-is-hard-to-beat.html
back to top