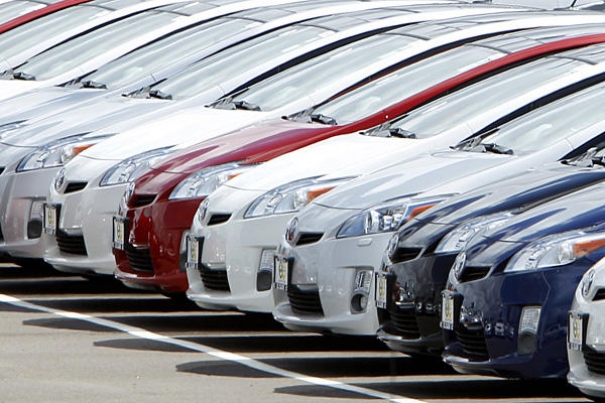 Over the past ten years, Ford Motor Company has become a leading manufacturer of hybrid automobiles. Ford launched its first hybrid vehicle in 2004 with the release of the Ford Escape Hybrid. Once a very limited selection, the number of hybrid vehicles on the market place has grown substantially; as has the Ford hybrid lineup. Today, Ford continues to offer

some of the most fuel efficient vehicles in the automotive industry, with ever increasing technological features as well.

The Ford Escape Hybrid has outranked other competitors on the current market as the SUV with the best fuel economy. Other Hybrid vehicles offered by Ford included the Ford Fusion and Ford C-Max, both vehicles contributing to the success of the Ford hybrid line. All Ford hybrid vehicles a budget friendly and environmentally friendly, making them a prime choice for those with long commutes.

One of newer hybrids to arrive at the Ford dealer is the Ford Fusion Hybrid. Redesigned in 2013, the Fusion stands out among other vehicles in its sector for its attractive appearance, roomier interior and increasing handling ability. The Fusion Hybrid gets a note-worthy fuel economy of 47 mpg on both the city and highway. Together the gas engine and permanent-magnet electric motor generate up to 188 horsepower. The gasoline engine is designed to automatically engage when additional power is needed for passing or merging into traffic. When the Fusion uses its regenerative braking system, energy is captured, recycled and used to power the 7.6Kw lithium-ion battery has been installed in the rear of the vehicle. Because of this, the vehicle is capable of traveling up to 85 miles on electric power alone.

Another aspect of the Fusion Hybrid that attributes to both its performance and fuel efficiency is the electronically controlled continuously variable transmission (eCVT). The transmission keeps the engine running at its uppermost efficiency by compensating for variations in vehicle speed. The vehicle is aerodynamically designed to resist drag and increase fuel efficiency. The underbody is fully covered to allow air to pass underneath smoothly and the active grill shutters may be closed.

The same drivetrain installed in the Fusion Hybrid has also been designed into the Ford C-Max Hybrid. This provides sporty handling and makes it fun to drive even with its smaller size. Like the Fusion Hybrid, the C-Max Hybrid gets 47 mpg in the city and on the highway. The five seated vehicle, described as a "tall wagon version of the Focus," includes many of the features found on the Fusion Hybrid with the spacious design and smooth ride of a wagon.

Additional standard features have been added to Fords hybrid vehicles in order to improve safety and add comfort for the driver. Newer models include rear parking sensors and the “Mykey” system which allows the top speed and audio controls to be limited. In addition, the vehicles come with a keyless-entry security code pad and automatic headlamps. The dual-zone automatic climate control system allows the temperature to be set at different levels for the comfort of the driver and passengers. The passengers may also enjoy the voice controlled sound system with satellite radio. Optional features include a rearview camera and navigation system with Sirius Travel Link.