Design prizes all around for Kia 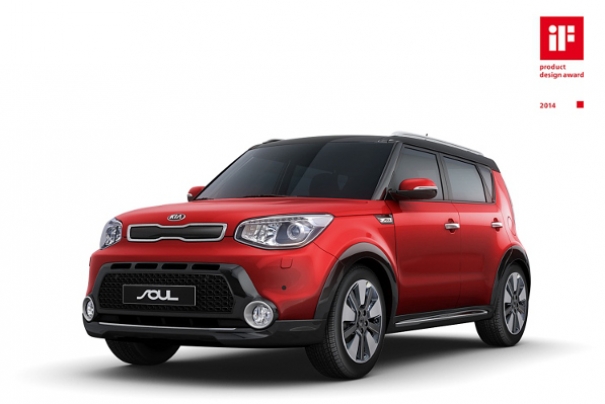 Kia Motors continues to win awards for design with Peter Schreyer taking the ‘Grand Prix' design award and the New Kia Soul being awarded the ‘iF Product Design Award' ahead of going on sale in Europe in the Spring. Soul is the 3rd Kia car to win an iF design award with the Optima saloon and Sportage crossover receiving previous accolades.


Design prizes all around for Kia
‘Grand Prix' design awardPresident and Chief Design Officer, Peter Schreyer was presented with the ‘2014 Grand Prix du Design' on the eve of the 29th Festival Automobile International in Paris. The award acknowledges design work in an international context and this year was awarded to Schreyer for his design achievements at Kia and across the Hyundai Motor Group.

Jean-Michel Wilmotte, President of the 2014 awards jury commented "In the seven years, since Peter Schreyer first became Chief of Design for Kia, he has coordinated styling studios in Korea, America and Europe, and succeeded in transforming Kia's design and making it desirable. The remarkable evolution of product design at the South Korean automotive giant is linked to Peter's commitment and know-how which makes him one of the few well-known protagonists in contemporary automotive design."
For 2014 the Festival's jury consisted of 15 award judges including senior designers and top executives from major companies such as Louis Vuitton, Dassault Systems, Eurosport, Le Point, AD and Bell & Ross.

‘iF Product Design Award'
The new Kia Soul, unveiled in Europe at the 2013 Frankfurt Motor Show, has been awarded the ‘iF Product Design Award' during the ‘Munich Creative Business Week'.In securing the prestigious iF design accolade, the second generation of the cult compact urban crossover - which will go on sale in the UK in April - continues the award-winning ways of its predecessor.
With a distinctive design, the Kia Soul has many fans all around the globe: since its launch at the end of 2008, more than 760,000 people have purchased the first-generation model.
In 2009, the original Kia Soul was the first car by a Korean brand to receive the distinguished ‘red dot design award'. Since then, a total of 16 design prizes have been awarded to Kia models between these two design organisations.
The new Kia Soul was created by the Kia design team under the supervision of Peter Schreyer. He said, "The great challenge we faced when designing the second model generation was to preserve the strong, individual character that made the Kia Soul so successful, and at the same time give the design new impulses.

"That is why I am so pleased about this prize, because it proves how impressively our design team has performed this task. The new Kia Soul is a lot more mature in appearance, and the bold, distinctive personality of this model is highlighted even more," added Schreyer.
Since it was launched in 1953, the annual iF Product Design Award has been one of the world's most important prizes for excellence in design.