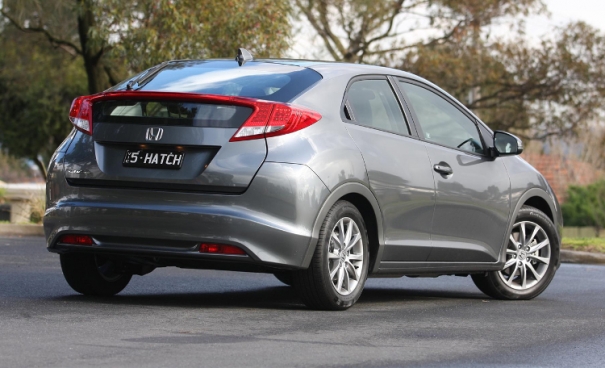 Many car enthusiasts are eagerly awaiting the Type R Honda Civic Hatch. 2015 looks set to be the year when this highly anticipated model hits the Australian showrooms. Honda has set a launch date of May for the UK market, so Australian motor experts are anticipating that the model will be available by the end of the year.

The production model is set to resemble the updated concept seen at the Paris Motor Show in October. The model will feature a two litre turbo charged petrol engine providing 206 kW power and a redline at 7,000 rpm. This will be paired with a manual six speed transmission. The Type R Honda Civic Hatch 2015 models will also showcase the debut of the “+R” mode button. According to Honda, when this performance mode is used by pressing the steering mounted button, the engine responsiveness will be heightened by altering the torque mapping. This will make the steering more responsive and adjust the four point adaptive damper systems to enhance the handling performance.

According to Mazda, the UK division has already taken £3000 or AU$5600 of pre orders ahead of the May launch. Stephen Collins, director of Honda Australia has said that the company are looking to confirm the launch timing, so are unable to make an official announcement for the release date. However, according to Collins, it is a “matter of when” the Type R will hit the Australian market. The timing should be confirmed in the next couple of months, but experts are anticipating arrival in the third quarter for 2015.

While the confirmation for the Australian release seems like a formality, the success of the model’s business case will be monitored to provide reassurance for the company. The brand is lacking a successful performance model, as they only sold 81 CRZ units last year. The Australian market is currently filled with a range of hot hatches. Approximately twenty five percent of sales for the Volkswagen Golf are the R or GTI variant. The Australian market is also the second largest market for the Clio RS and Renault Megane after France.

The Type R is currently undergoing a programme of extensive development. The company are aiming to make the model the fastest front wheel drive vehicle at Nurburgring. This will obviously increase the demand for the brand as the vehicle appeals to the sportier driver. The Type R has a long history for Honda, so it is anticipated that this Honda Civic Hatch 2015 launch will make a real impact in the marketplace and have enthusiasts rushing to their local dealership.

If you would like to learn more about Honda Civic Hatch 2015 models or are looking for a Honda Civic hatch for sale,contact us. We have an extensive range of both new and used Honda models including Civics. Our sales team would be delighted to answer your questions and arrange for you to take a test driveArticle Submission, to help you find your ideal vehicle at the right price.