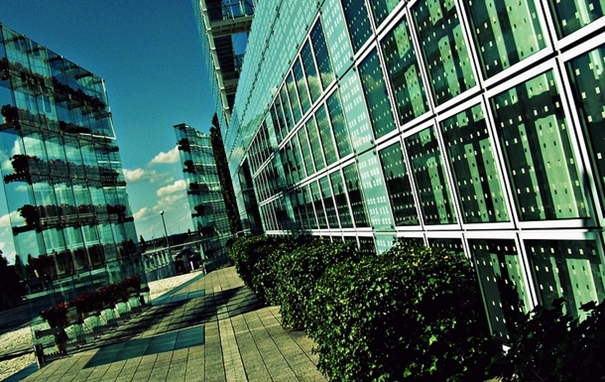 However, the German property market is back with a vengeance and is gathering momentum on a daily basis! It took the Soccer World Cup of 2006 to revive the fortunes of the laidback property scenario within Germany.

Germany a late entrant in the real estate business is destined for higher plateaux. Though the country is considered as much more technologically advanced than most of its European counterparts, it is the housing segment that requires cosmetic work to bring it back to the forefront of the world's property stage.

- The reunification of Germany in 1990 was a welcome global development. But the country had to pay a huge price in terms of a buckling economy. The positive vibes about German property is a recent development. Historically, the country was a war-ravaged nation that hardly attracted offshore investments. But modern Germany has not only survived, but also emerged as a strong and vibrant European economic powerhouse.

- Since German property demand is of recent origin, the experts have already predicted big things for German real estate, and the time for investing here is now, as  the prices are on an upswing of late.

- Most Germans have traditionally preferred rental accommodation than owning a house of their own (which is just 43% of the German population). This spells a great investment opportunity for overseas investors who wish to earn handsome rental income from a decent property in one of the happening cities of Germany, like the capital city of Berlin.

- The country is not too high on the tourism map of Europe. However, this doesn't mean that Germany has any dearth of tourist spots. The rich history of this country holds an obvious edge over some of the other countries in Europe. It's just that successive governments were too busy to promote tourism in the wake of economy revival. But the potential for this sector is immense and the country is widely believed to welcome millions of visitors annually in the coming years.

- Germany's technology potential is widely respected all around the world and it is a powerhouse in the electronic goods segment. This has lent added weight for the German economy to prosper. An improving economy also means a consistent drop in the unemployment rates within the country. The nation's industry is also giving full support to bolster the sagging fortunes of the country's economy. Germany has emerged as the world's largest exporter by volume, with nearly a billion dollars in exports in 2006, and with a trade surplus of over $200 billion in the same year.

- The capital city of Berlin has emerged as the best place to invest in Germany. With money giving ample fuel to the economic health of the country, the capital city is the obvious choice for real estate investors from around the globe. The government has awakened to the importance of foreign investment in the country. Resultantly, there has been a surge in property rates in Berlin. As an indicator to the British investors, apartments in Berlin start from £35K, and depending on the size, location, and other considerations, the price may go up to as far as £200K.

Legal Position of foreigners owning property in Germany
The German government has not imposed harsher limits on the foreign ownership of real estate in the country. Non-Germans can also buy, own and sell an unrestricted quantity of land and homes. They can also hold property as landlords, and even develop property after satisfying certain simple rules and regulations. Buyers from EU countries have an added advantage of access to residency and labour rights as set out in EU law. The Non-EU investors must consult the local embassy regarding their rights in Germany.

A legal professional is required to carry out all the paper work in Germany for the real estate investors. This is because most of the administrative work requires to be executed in German, and despite your best knowledge of the language, you'll be ill at ease while handling German authorities.

The German Banks are also offering low interest rates on mortgages. Most banks will lend up to 70 per cent of the purchase price, though you will have to fulfill certain conditions. The maximum mortgage terms are 30 years on a rate of fixed interest. See our page on getting a mortgage in Germany

Any property purchase in Germany is susceptible to Property Tax as per different rules of the different regions. However, the rates are not too prohibitive. Even the rental income is chargeable under Income Tax. It's better that you hire a local solicitor to guide you through the possible taxes regarding your property in Germany.

In addition to offering property for sale in different locations in Germany we also have at your disposal a list of other useful tools to help in your decision making when considering buying a property in Germany :

- German Country Guide - A detailed guide to Germany including information on health, economy, business, travel, things to do, excursions and much more

- News Articles on Germany - A useful resource for learning about the country, what's happening and useful information on Germany

- German Shopping - A directory of useful resources to assist in your purchase or travel to Bulgaria including; Flights, Accommodations, Car Hire, Mortgages in Germany , HolidaysPsychology Articles, Lawyers and much more.