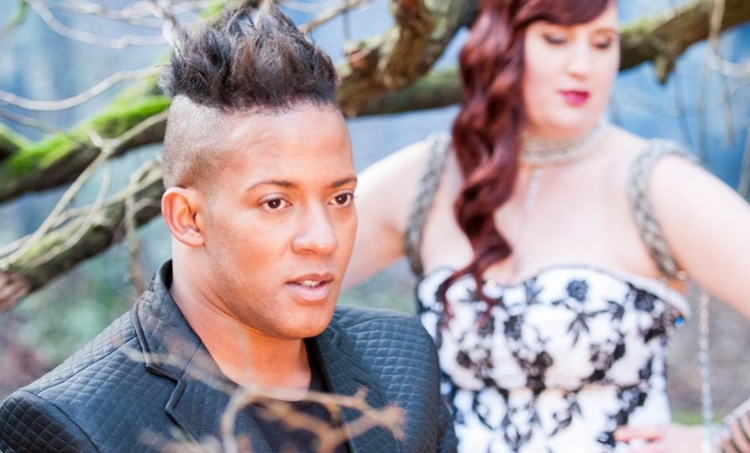 UK singer L.A. Davis is releasing his debut album with The Spectra Music Group titled "Everything Changed" on Tuesday, March 10, 2015. This amazing album is channeling the words and songs of superstar Justin Timberlake, bringing #SEXYBACK to the forefront of great music, and music aficionados are extremely excited about this fantastic album by an artist like no other.

Singer/songwriter L. A. Davis was born in the bustle of London’s East End. His spirit and determination to succeed come from an overwhelming ability to understand life from the viewpoint of the less advantaged. As a true ‘Cockney’ Londoner, he centre’s his lyrics right from the heart: ‘It really doesn’t matter what a melody sounds like; if the words aren’t true, then listeners are less likely to buy into the ethic of a song,’ he says.

His London upbringing provides L. A. Davis with lyrical inspiration, while the gravely, smoky quality to his voice lends the key distinction between his musical counterparts. James Morrison, Stevie Wonder and Bruno Mars and, more recently, Sam Smith have all inspired this truly talented young artist.

L. A. Davis is fast becoming a well known face on the live music circuit: the winner of Live and Unsigned – Best Unsigned Pop Act in the UK 2010, he is widely known as a performer who is willing to take risks within the boundaries of live performance.

The new single 'Change-Nothing To Lose" is being played on radio worldwide.

"Change-Nothing To Lose" by L.A. Davis is available on iTunes today with the album "Everything Changed" available worldwide Tuesday March 10th, 2015.

Download your copy of "Everything Changed" on iTunes here: https://itunes.apple.com/us/album/everything-changed/id96...