Game of Thrones: Readers or Viewers? 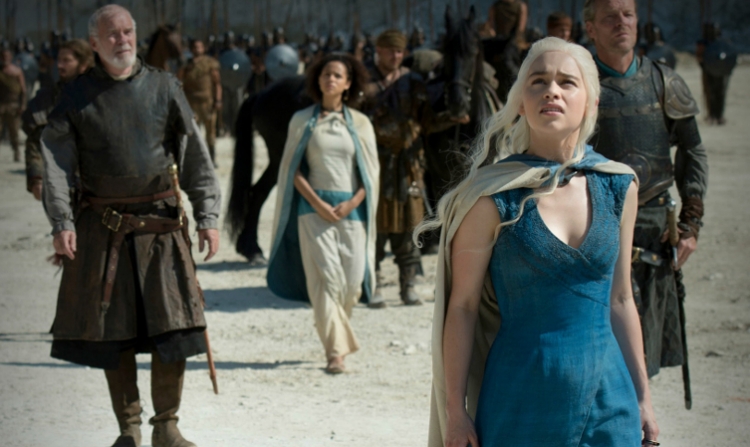 The release of a new season of Game of Thrones brought a heated discussion about who has the upper hand – readers or viewers. Fortunately, we will face the opportunity to find out the score of the battle. Clearly, the TV show creators won’t leave G.R.Martin’s original book plot intact. For those who had never laid eyes on Martin’s books, it is quite exciting to learn what happens in season 5.

On the other hand, those who have read the sequel are in for a great surprise because of all the plot twists and turns. In fact, the first episode that aired last Sunday night had the first unexpected death, with a clear deviation from the original book plot. This is actually the sign of the show taking its own path turning into an independent entity. Now the show is telling its own story.

At first, nobody believed that the show is likely to manage to tell a complex many-layered plot. But if you put it all in a luxury budget and hire attractive actors to portray the characters - there you go! Now the TV series has a huge army of fans that allows the show dictate own rules neglecting Martin’s genuine ideas. As such, (spoiler alert!) in the first episode Jon shoots Mance Rayder dead because of his denial to align with Stannis. Such a turn of events took the book fans by surprise since in Book 5 “Dance with Dragons” since in the original plot Stannis does not actually pass away. Instead, he resorts to Melisandre’s magic to hide his identity.

Now that Stannis died, movie fans remain to ponder whether the character is going to return from the oblivion. The actor himself gives rather uncertain answer saying even if the character comes back, it should be another guise which will not involve him, Carian Hinds.

While this is actually a great disappointment for the readers to find out that in the movie the storyline of Mance is going to be interrupted. As a matter of fact, season 5 is promised to ditch the original plot to the highest extent. While some book fans are irritated by this fact, on the other hand, movie aficionados say that there are no drastic deviations. At least, such deviations that can kill off the beauty of the original plot. Additionally book fans claim that while Martin’s books are full of emotional and provoking flashbacks, the series seriously lacks such emotional engagement.

Despite of many critical reviewsFeature Articles, the series is something of a masterpiece gathering millions of viewers around the world.