A new campaign with new emotions 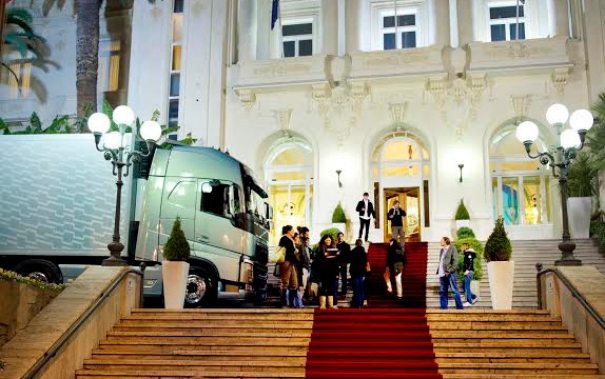 Do you remember the previous Volvo campaigns, in which we could see a hamster driving a truck over a slope or a ballerina dancing on a fast-moving truck? If so, then surely you know that from this manufacturer of trucks, we can expect everything. Now it’s time for yet another one - the new campaign for the Volvo FH!


Ambrogio Adani - a young man starting a job in a casino, has enough stress as it is on his first day on the job. New responsibilities, including parking the casino guests’ cars, mean that the adrenaline level is really high. Henry Alex Rubin, the Oscar-winning director, decided to make this a day Adani will remember for the rest of his life.
Numerous hidden cameras, directed at the entrance to a casino. A young porter waits for the next guests to arrive, when all of a sudden a new Volvo FH turns up, from which a smiling driver leans out, saying that he wants to have his car parked. Disbelief, surprise - it's hard to imagine what the young man feels, standing in front of the truck.
But what's the point of all this? It's a new way of showing further improvements, which the producer of the new FH model has introduced. This time, we are dealing with an improved I-Shift Dual Clutch gearbox, which uses solutions normally found in sports cars. Thanks to this, the new Volvo is easier to control, and has even better performance.
Want to find out how Adani reacted to the new Volvo? Click on the video!