Kristen Stewart- the face of the New Balenciaga Fragrance 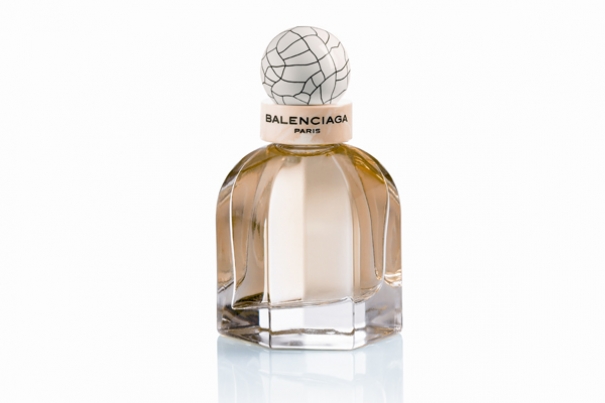 Nicolas Ghesquière is pleased to introduce Kristen Stewart as the face of the newest Balenciaga fragrance for women, to be revealed in Fall 2012. Kristen Stewart follows Charlotte Gainsbourg who represents Balenciaga Paris, the first fragrance, since 2010.

Since the start of her Hollywood career, Kristen Stewart has captivated audiences with her impassioned character portrayals, most famously that of Bella Swan in Twilight.

This urbane, spirited young woman will now be the muse of the new Balenciaga fragrance for women.

Says Kristen Stewart: “I love Balenciaga fashion because it is incredibly bold and forceful, yet feminine and sexy. I found there was a real creative freedom about this project. I feel blessed and really proud of being the face of this new fragrance.”

Says Nicolas Ghesquière, Creative Director of Balenciaga: ”Kristen Stewart embodies the modernity of the new Balenciaga fragrance with her unique sensibility and intelligence. From her early appearance in ‘Panic Room’ to her independent choice of ‘Welcome to the Rileys,’ I’ve always sensed her progressive character. In 2006, I invited her to appear in a project shot by Bruce Weber. Since then, I’ve always wished to collaborate with her further, knowing that she shares the radical spirit of Balenciaga.

“Kristen Stewart is the perfect choice as she embodies Nicolas Ghesquière’s unique vision for the second chapter in our fragrance history”, said Isabelle Guichot, CEO Balenciaga.

“Kristen Stewart stood out as an evident choice for this new fragrance. She has a unique sense of twisting the codes. Her elegant modernity and innate rebel style perfectly match with the spirit of Balenciaga”, said Catherine Walsh, SVP American Fragrances, Coty Prestige, a division of Coty Inc.