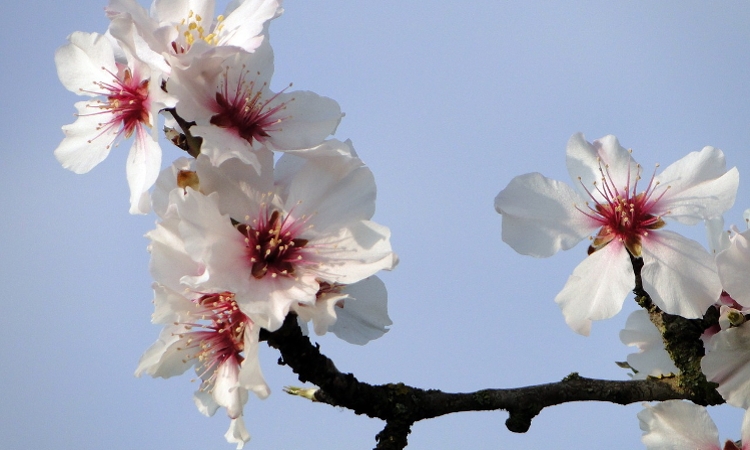 A new, independent study by the University of California, Davis shows that re-using byproducts from producing and harvesting almonds is key to the industry's environmental impact and further reducing carbon emissions.

The research, funded in part by a grant from the Almond Board of California, shows that almond trees accumulate and store significant amounts of carbon and that the almond industry is making progress toward becoming carbon neutral or even carbon negative with respect to greenhouse gases (GHG).

"This critical research further reinforces the importance of our longstanding commitment to independent, third-party analysis of next-generation farming practices," said Richard Waycott, President and CEO of the Almond Board of California. "Our ongoing research programs help drive development of innovative production solutions that lead to continued improvement in efficient and sustainable, environmentally responsible farming."

Sustainability1 often is studied in distinct parts, but this study is a comprehensive lifecycle assessment that examines many interrelated elements, from land preparation and planting the tree through the life of the tree and eventual removal.

According to co-author Elias Marvinney, doctoral candidate at UC Davis, "We have identified several key areas where changes in orchard management, technology and policy have helped the California almond industry reduce greenhouse gas emissions in recent years. If these trends continue to be supported, there is very strong potential for almond production to become carbon neutral or even carbon negative."

The research demonstrates the benefits of almond orchards capturing carbon in the soil. "Almond orchards capture and store a significant amount of carbon both above and below the surface over their 25-year lifecycle. This carbon storage provides a climate benefit not considered in conventional carbon footprints," said study co-author Dr. Alissa Kendall, associate professor in the UC Davis Department of Civil and Environmental Engineering.

The study, published in The Journal of Industrial Ecology, modeled almond production at the orchard scale over a typical 25-year orchard life cycle. Emissions and energy per kilogram yield are not constant from year to year, so averaging over the orchard lifespan is required to report the emissions of a "typical" California almond orchard.

According to Dr. Gabriele Ludwig, the Almond Board of California's Director of Sustainability and Environmental Affairs, "Through the California Almond Sustainability Program, the almond industry helps the almond community identify best practices in terms of environmental and economic impact and works to incentivize and maximize re-use of all co-products in the production process. The comprehensive nature of this new research provides a solid foundation for our ongoing work in this area."

The UC Davis study suggests that irrigation management also can have a significant impact on GHG emissions and energy use, and models using surface water sources and micro-irrigation have the lowest impact.

"Irrigation practices are central to the success of California's almond growers," said Ludwig, noting that according to CASP, 83 percent of California almond growers practice demand-based irrigation and more than 70 percent of almond orchards are using efficient micro-irrigation systems to conserve water. Advanced production practices over the past 20 years have helped almond growers improve their water efficiency by 33 percent for every pound of almonds grown2, Ludwig said.

"California's almond growers are deeply committed to responsible and sustainable growing practices, and this new life cycle assessment helps illustrate where the industry can make the biggest impact in supporting the environment," said Ludwig.

In June the Almond Board of California announced a new, $2.5 million dollar commitment to independent, third-party research into next-generation farming practices to help drive further improvement in efficient and sustainable farming.