Phone and tablet in one? It is a PadPhone! 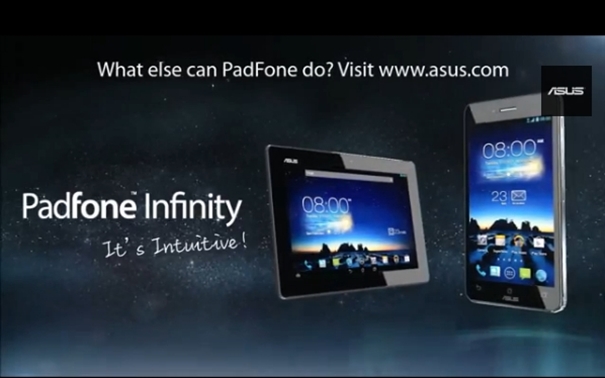 Today, when we have created almost all types of tablets and smartphones, it would seem as creating something new and better would be very difficult- we would have to create something that would be better than the existing mobile phones or portable netbooks and tablets. Hard to think that something like this could be created, but here you go. The ASUS company came up with an unique combination of smartphone and table- all in one- PadPhone Infinity!

PadPhone is a combination of a standard 10-inch tablet with a smartphone, which is docked in the interior of the former. Smartphone can be used as an integral part of the tablet, as well as used independently. Thanks to this ASUS has achieved something special - a device that fully retains its functions and is also extremely handy.
How does it work? Smartphone is a module which provides the memory and processes the power and is the size of Samsung Galaxy SII. But this isn't quite an ordinary smartphone. As a Padfone device, the Infinity comes with a tablet dock -- slide the phone into the top and the dock springs to life, activating a full Android UI on its 10.1 inch screen.The brains of the thing is in the phone, but ASUS's software intelligently switches between the phone and tablet UI. The whole creates a completely unique tablet (the battery can also sustain up to 19 hours!).
The Padfone Infinity is running Android 4.1.2 Jelly Bean, permanent case of the device is available in three colors (Titanium Gray / Hot Pink / Champagne Gold) and weighs only 532 g( the phone on its own weighs 145 g). In addition, the device is equipped with three cameras (two on the phone- the front and back- and one on the tablet) and Qualcomm Snapdragon processor 600 quad-core 1.7 GHz processor with Adreno 320 GPU.
Without a doubt, this gadget created by Asus will soon conquer the hearts of the existing users and lovers of smartphones and tablets- because when you can have two in one, why not have it?