What‘s the development course of the LED tube light 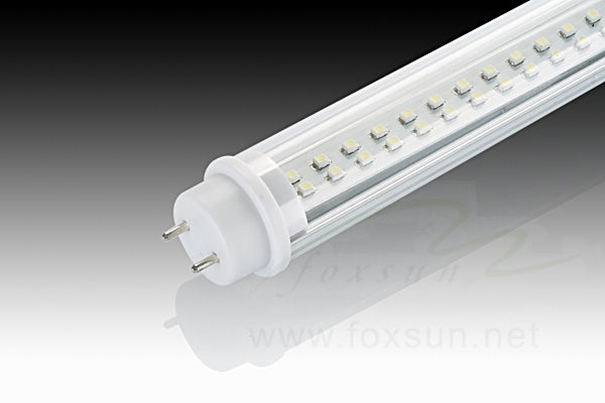 As a new generation of energy saving LED tube light, although it has appeared for only a few years from the earliest to now, the rapid development witnessed the process of the product constantly improving and innovating.  The first generation LED Tube light  The shell of early (around 2005) led tube light is made of plastic, used F5 straw hat led lamp beads as lamp beads, the fiberglass board is used as circuit board, power supply is built-in non-isolated power supply,
then the whole effect of light was about 40-60LM / W. But soon discovered that the fades of the LED tube light was very serious, the life was expectancy actually only 1000-2000 hours, which was mainly caused by the package structure of the hat light and the problems of the tube materials,because the radiating of the hat light mainly rely on two leg,plus Lamp circuit board was the glass plate, all the housing was plastic, so that the overall thermal performance was poor, when the entire light was energized, the heat generated was sealed in the tube and could not shed, which caused the entire lamp was scrapped in a short time, it absolutely made consumers lost confidence on led tube light..

When we discovered that the hat light lamp was not suitable for use, the most manufacturers began to use SMD as the LED tube light around 2007,the shell was made of half-half aluminum and plastic, the aluminum plate started being used for circuit boards, but this was a rather messy period, the light source used was 3528, 3020,5050, etc., and even 1W high power led, and because each used a different approach, the whole lighting effect was 60-80LM / W or so, power internal, external, isolated, non- Isolated variety of programs co-exist. At this time, the buyer were confused, and the price of a variety of products was huge different, we did not know how to choose.

Around 2009, as the rapid development of led, the light efficiency of led lamp beads was rapidly improved, high light efficiency (100LM / W), good heat dissipation, small volume began to be designed in 3014 SMD led lamp, the whole lighting effect was also raised to 70-100lm / W, at this stage because the effective was good, prices were down a lot, the sales have begun to rise. Mainstream products were 3528,3014-based on the market at this stage, but there were still many gaps between the target and the people.

Around 2011, 3014 SMD began to be made use of, because the flux of the single led lamp beads was enhanced, the pieces of led lamp beads used and costs also were reduced, in the case of achieve the same luminous flux, more importantly, 3014 SMD had better thermal performance, the light emitting area was larger and the light rate was better etc. , it can be concluded that for a long period of time, the use of the core 3014 SMD as the led tube light’s source is bound to become a trend.