A Step Ahead with Huawei Ascend P7 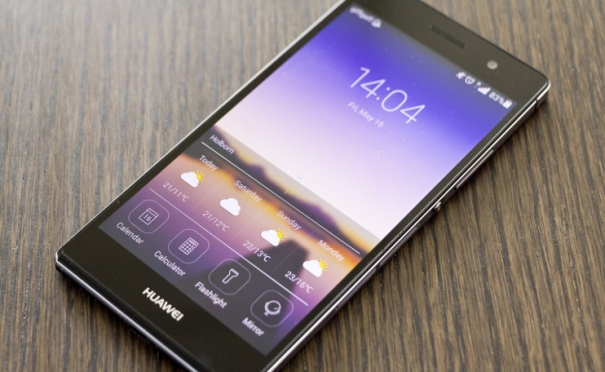 Huawei Ascend P7 launched as a flagship Android device considered as an alternative to Samsung Galaxy S5 and HTC One M8. It has a great design that gives justice to the device, This smartphone is one of the slimmest devices in the world.

Huawei Smartphone launched Huawei Ascend P7 is no different claiming itself to be the thinnest device globally. The smartphone is thinner than the iPhone 5S and looks like that one. This time Huawei has put a lot effort into the Ascend P7 device and it pays off much.

Since, every device comes with a Snapdragon 805, great camera and beautiful display. Now, Huawei’s aim is to succeed with Huawei Ascend P7 with its build and overall desirable features.

Let’s find out whether Ascend P7 is worth of your money or not?

Ascend P7 features a 5” TFT capacitive touchscreen with full HD 1920*1080p screen resolution with 441ppi. The device has a sapphire display and is quite alike to its predecessor Ascend P6.

The device comes with an aluminium body surrounding its screen and is 6.5mm thin. The screen comes with a coating of Corning Gorilla Glass 3 that gives protection.

Its build is good and makes the device very handy with all buttons well executed. Its display is genuinely good.

The device comes with an 8MP selfie front camera. Its front facing camera can beat both HTC One M8 and Galaxy S5. It also includes ‘Face Beauty Mode’ as the options for forward facing camera.

The device is fuelled by non-removable Li-Po 2500mAh battery that provides 22 hours of talk time. The device is quite lacking in performance and its boasts HPM technology offering lower power consumption.

You can play games as much you want and call quality is also fine.

The device runs on Android 4.4 with Emotion UI skin with device running on version 2.3 of the software.

It comes with features like 4G LTE, Wi-Fi direct and NFC. The device also has DLNA support making it compatible with other devices.

Huawei’s claims itself to be a stiff competitor to HTC One M8 and Samsung Galaxy S5. With the price range of this device you can buy Galaxy S5 Mini and Huawei Ascend Mate.

Why to buy this device?

Why not to buy?

1) Not so great video recording

This device might not be tagged as a phone that defies itself with a decent price tag. But is better than some flagship devices that you can get in same price range.