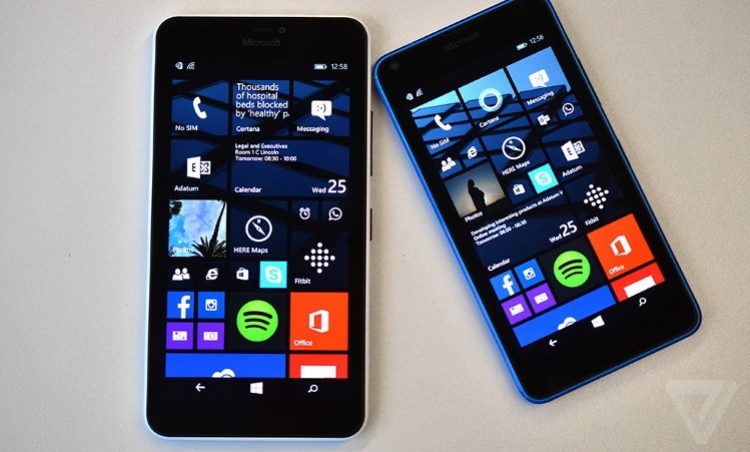 Microsoft and Samsung are two big brands of technology world. As Microsoft have on top of fame in software industry, on the other side Samsung have a big name feild of Hardware technology. Microsoft acquire with Nokia to make phones. And Samsung uses sotware made by google to build smart phones.

Microsoft and Samsung are the two immense brands in mobile industry. The number of people who buy these two specific brands or categories of smart phone are more as compared to other brands. These brands are gaining competitors' customers (parts of their other ways include attracting non-users of your product or convincing current ... to be considered a customer, one must have purchased the brand or category) by launching new mobiles in market.

One of the latest smart phone launched by these prestigious brand are Samsung s4 mini and Microsoft lumia 640 XL, which are quite similar in price with difference of very low margin.
The Samsung s4 mini shares the design as of it big brother Galaxy s4. As the name suggest s4 mini comes with smaller size and light weight as compared to Galaxy s4. It comes with 4.3 inch Super AMOLED display with resolution of 960*540 HD.

On the other hand Microsoft 640 XL shares a slick and stylish design. It comes with 5.7 inch HD (1280*720 pixels) ClearBlack IPS display with pixel density of 259PPI. Display has Gorilla Glass 3 protection.

Microsoft lumia 640 XL is here latest Windows 8.1 with Lumia Denim with a possible update to Windows 10. Samsung is available with Android OS, v4.2.2 (Jelly Bean), upgradable to v4.4.2 (KitKat). Now that the Galaxy S4 is here, with an octo-core-processor with 13 mega pixel primary and 1.9 secondary camera, Microsoft lumia 640 XL is here with quad core snapdragaon 400 processor with 13 mega pixel primary and 5mega pixel secondary camera will just get pushed even further into the mobile mire.

Microsoft Lumia 640 XL is very efficient in terms of power consumption and dual sim with two micro SD card slots and dual stand by. Microsoft Lumia 640 XL also comes with better quality of front and rear camera as compared to Samsung s4 Mini. But Microsoft have always App problem since for Window phone we have only near about 40,000 and for Samsung have near about 140Free Web Content,000 Apps since it is based on Android or iOS operating system.

So decide which phone you like to buy out of these two in the same range of Rs.15000 approx .