Bobby Wesley will play a concert in Salem 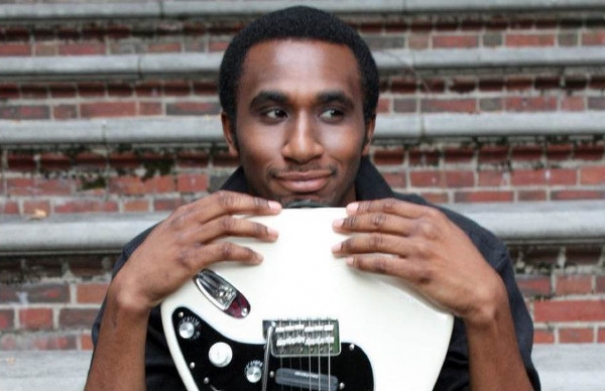 Guitarist Bobby Wesley will play the second SJSF/Berklee Summer Series concert of 2014 in Derby Square, Salem, on Saturday, June 12. The free show will take place from 5 to 7 p.m. and will feature an educational interview about music and the Berklee experience. Salem Trolley will sponsor the performance.

Bobby Wesley is an up-and-coming guitarist/songwriter/vocalist from Detroit, now based in Boston. His compositions are a timeless mixture of contemporary jazz and neo-soul. He is in the process of recording his debut album. As an accomplished musician and graduate of Berklee College of Music, Wesley has had the honor of performing with Lalah Hathaway, Me’Shell Ndgeocello, Willie Nelson, and Annie Lennox. Bobby started out performing during open jam sessions in Detroit’s blues and jazz clubs at age 15. At 17, he was as a featured performer with jazz violinist Regina Carter during the Detroit Montrieux Jazz Festival.

Two more SJSF/Berklee Summer Series concerts will take place this year: The Frotations on July 12; and Sarah McKenzie on Aug. 9.

The eighth-annual Salem Jazz and Soul Festival will follow during the weekend of Aug. 16-17, featuring 10 bands, a kids’ tent, music-education tent, artisan fair and 21-plus beer pavilion. The two-day concert is free.

The festival is a nonprofit, volunteer-run organization that produces free concerts and raises money for music education causes on the North Shore.