BAFTA and Sony press play at the Latitude Festival 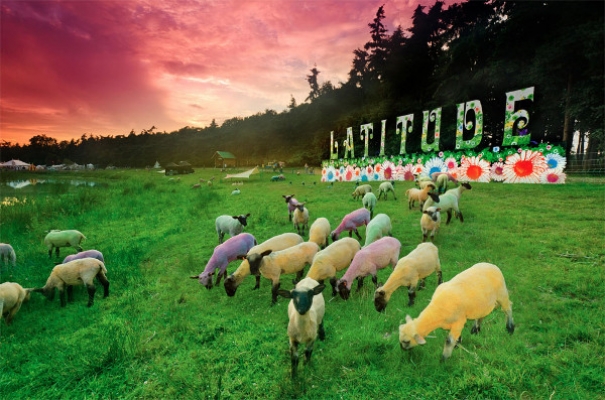 In partnership with Sony UK Limited, the British Academy of Film and Television Arts will open this year’s festival with a screening of Hitchcock’s silent film The Lodger accompanied by a live orchestra. Activity continues over the weekend with exclusive Q&As with acclaimed filmmakers Richard Curtis (Four Weddings and a Funeral, Notting Hill, Love Actually), Shane Meadows and Mark Herbert (This is England, Dead Man’s Shoes). All films will be shown using Sony’s top-ofthe-range technology.

On Thursday evening, BAFTA and Sony will screen Alfred Hitchcock’s first silent black and white thriller The Lodger (1929) at sundown on the Lake Stage. A live orchestra, conducted by Robert Ziegler, will provide spine-tingling accompaniment to the film using a score by critically acclaimed composer, Joby Talbot (The Divine Comedy). Film critic, Mark Kermode will host the evening.

BAFTA and Sony then move inside to the Music and Film Tent. On Saturday night BAFTAwinning Richard Curtis will discuss film and its effect on politics with journalist Tracey Macleod.

The Q&A will be followed by a screening of Curtis’ film The Girl in the Café. This film follows the journey of Lawrence (Bill Nighy) - a lonely bureaucrat working for the Chancellor of the Exchequer - after he meets Gina (Kelly Macdonald) in a café. After a couple of dates, he invites her on a weekend trip to Reykjavik, where he'll be working at the G8 conference. The film is a passionate plea to humankind - wrapped in a love story, a comedy and a unique drama.

On Sunday night, BAFTA and Sony are joined by award-winning writer and director Shane
Meadows and producer Mark Herbert, the creative duo behind the critically acclaimed This is England. The fifth feature film from Meadows (Dead Man’s Shoes, Twentyfourseven), This is England tells the story of Shaun (Thomas Turgoose), an 11 year old kid growing up in the north of England. Set during the summer holidays of 1983, it follows his rites of passage from a shaggy-haired ruffian grieving the loss of his father into a shaven-headed thug whose anger and pain is embraced by the local skinhead fraternity. Radio 1 film critic James King will be hosting the interview.

Amanda Berry, Chief Executive of BAFTA said: “We are delighted to have such a strong presence at Latitude Festival this year. Sony, with their reputation for visual excellence, is the perfect partner for us, and with them we hope to bring an incredible series of events to the Latitude festival goers.”

Sony UK Limited is delighted to partner with BAFTA as a sponsor of the Latitude Festival 2007. Through its sponsorship, Sony is celebrating imagination and innovation, which are values inherent to the Sony brand as well as the ideals of both Latitude and BAFTA.

“We are excited about partnering with BAFTA to present the film programme at this year’s
Latitude Festival. Both Sony and BAFTA have a rich heritage in supporting excellence and
innovation in the film industry, and Latitude gives us an ideal platform to continue this,” says Mikah Martin-Cruz, General Manager of Central Marketing, Sony UK Limited.
Notes to Editors

The Academy exists to support, develop and promote the art forms of the moving image, by
identifying and rewarding excellence, inspiring practitioners and benefiting the viewing public.