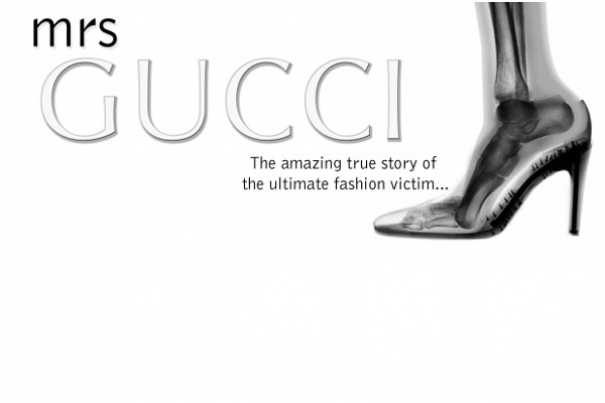 Doris Productions is proud to present Mrs Gucci - The Concert, for a one-off performance at the Arts Theatre in London’s West End on Sunday 13th October 2013 .  The real story of the shocking 1995 murder of the heir to the Gucci fashion house Maurizio Gucci by his own wife is to be turned into a New Musical Mrs Gucci.


A concert premiering ten songs from the forthcoming show will be staged at the Arts Theatre on Sunday 13th October at 6pm, prior to a full production next year.
Developed by dramatist and journalist Peter Jukes and composer, producer and songwriter Marcos D’Cruze, Mrs Guccicharts the romantic rise and tragic fall of Patrizia Reggiani, former Patrizia Gucci, who married Maurizio Gucci in 1972.

THE TRUE STORY: For ten years Patrizia and Maurizio were a celebrity couple, idealised in Italy like Richard Burton and Elisabeth Taylor or like the Beckhams now. But when his father died in 1983, Maurizio was dragged back into the dynastic battles around the fashion brand and he ended up taking over the Gucci company, ousting his relatives and leaving Patrizia.

They didn’t finally divorce for ten years and two years later – in 1995 – Patrizia plotted the assassination of her ex-husband with her Sicilian ‘psychic adviser’ Pina Auriemma. Patrizia was sentenced to 26 years in prison for her role in the murder and has just been released on parole from San Vittore prison in Milan.

With a love story that moves from passion to madness, and madness to murder, Mrs Gucci is ideal material for a serious modern musical. The ultimate fashion victim, a woman who kills the man she loves…

THE CAST: For this unique one-off performance we are delighted to announce that Julie Atherton, who made her West End debut playing Sophie in Mamma Mia! and also performed in shows such as Fame and Avenue Q, will sing the part of Patrizia. The role of Maurizio will be sung by Bart Edwards who is currently appearing in Another Way and Graham MacDuff, who was until recently playing Lancelot in Monty Python’s Spamalot!, will sing the part of Paolo. The role of Pina is to be played by Olivier Award-nominee Sophie-Louise Dann after successful runs in shows like Sunday in the Park with George and Lend Me a Tenor.

PETER JUKES AND MARCOS D’CRUZE first met when Peter was writing the book for the West End Musical Matador,starring John Barrowman and Stephanie Powers, and Marcos made his West End debut as a flamenco player. They’ve written together ever since.
It’s just a joy to write to Marcos’ passionate lyrical music,” said Peter. “It reaches places where no plain drama can get. Only music can tell this story – the mixture of love and anger, passion, murder and fashion. I call it ‘Godfather with catwalks.’”
But it’s also important that this is true story,” adds Marcos. “Peter has a growing reputation as a journalist as well as a drama writer, and basing our musical on a true story stops the schmatlz. It keeps us honest. And though this is a musical, it is murder mystery too. It may not be a ‘whodunnit’, but when it comes to Patrizia’s murder of Maurizio, it’s certainly a ‘whydunnit.’

MRS GUCCI THE CONCERT the world premier concert performance of the musical is at the Arts Theatre London on Sunday 13th October 2013. Tickets are being sold via Kabodler and can be bought by going to www.guccithemusical.com .