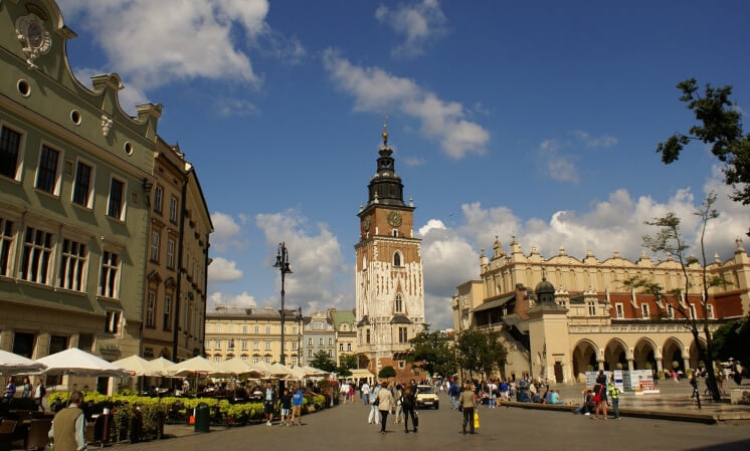 Krakow is in Poland. This is the simplest answer to the question “Where is Krakow”. What else is there to know?

Let us guide you through the basic facts about the city and why you should visit it.

Krakow is one of the oldest cities in the country, with a history that dates back to the seventh century. Currently, it is the second largest city in Poland, after Warsaw. In future, it could become one of the hottest tourist destinations in the whole of Europe, not just Poland. Krakow holds a myriad of attractions for the discerning traveler: exquisite architecture, historic sites, a large city square, tasty and authentic cuisine, and even a salt mine that has become a world heritage site. At least as of now, there is not much crowd either. Hidden gem, anyone?

The city is located on the banks of the Vistula River in Southern Poland. It is a major city in the administrative region called Lesser Poland. The region is close to Poland’s borders with Czech Republic, Slovakia and Ukraine. The Carpathian Mountain range is also nearby. For the more geographically inclined, the place is situated at latitude 50.06 and longitude 19.94. The city is 219 meters above mean sea level. The best way to reach the city is by air. It has a well-equipped airport just 11 kilometers away from the city center: Kraków John Paul II International Airport. You can find flights from all the major European cities to this airport. There is also an airport at Katowice, a city about 80 kilometers away from Krakow. Warsaw, Poland’s capital city, is about 300 kilometers away. Krakow is well connected to the rest of Poland by rail and roads. Now you probably understand exactly where is Krakow. Now, what is there to see exactly? Here are some major Krakow points of interest.

WHAT TO SEE IN KRAKOW

Krakow must be enjoyed – not just seen. Just look at the Krakow map. You can find one of the biggest and oldest European city centers in the middle. The city center itself is a happening place to be in, especially if you love good food and music. For architecture buffs, visiting Krakow must be equivalent to discovering a lost paradise. There are many world war sites and a couple of Jewish settlements which would attract those who know their history. For instance, the infamous Auschwitz concentration camp is just a 30-minute drive away.

Of special importance is Wieliczka Salt Mine, a UNESCO World Heritage site. It is a large labyrinth-like cavern structure made of salt walls. It is known for its intricate carvings on the salt walls, including a replica of Leonardo da Vinci’s Last Supper. There is another factor that would also make Krakow a dream destination for all sorts of tourists: low cost. You do not have to burn your bank account to enjoy the architectural, culinary or historic splendors of city. You may now ask “where is Krakow”. Soon people will start asking “haven’t you been to Krakow”.