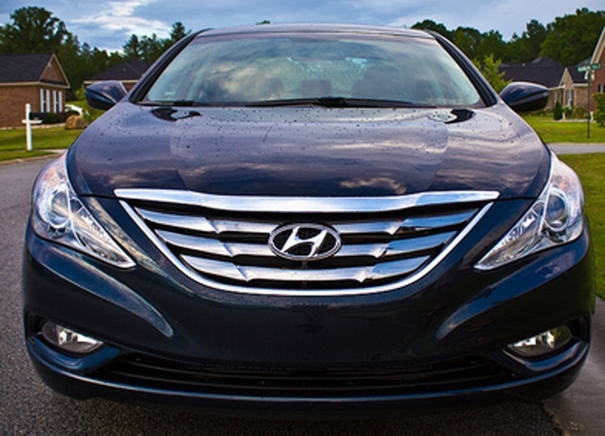 The Korean brand Hyundai has introduced a significant number of mechanical changes in his Hyundai Sonata Hybrid, the most efficient saloon in gaining autonomy, efficiency and speed. A series of improvements which wants to gain a foothold in the U.S. market, which will debut the first to see this new generation of eco-saloon.

A variant of the Sonata has also been updated on an aesthetic level, accompanying their mechanical improvements of a line more attractive, dynamic and modern, with curious headlamps.

This presentation of the revamped Hyundai Sonata Hybrid is another example of the strength of the eastern car manufacturers within the hybrid car segment. A strength which is especially noticeable in the United States, where the Sonata Hybrid models will join a long history in this market , as the famous Toyota Prius , Toyota Camry Hybrid or the Kia Optima Hybrid model that shares the Sonata platform production.

The main improvements of the new Hyundai Sonata Hybrid, though the most obvious changes are in the design, we found inside. In fact in the mechanical, with completely refurbished batteries lithium polymer, being lighter, lighter (2 kg less) and with much less volume than benefits available space in the trunk, one of the usual black dots of these hybrid sedans.

These new batteries are capable of giving a maximum output of 47 kW, with feeding a 30 kW electric block. The hybrid engine is complete with a 2.4 Theta II engine Atkinson cycle petrol, from which emerges a combined output of 209 hp. The winning car in acceleration due to the higher torque available, while the coupling between the electrical and the combined mode are softer thanks to the Hybrid Starter Generator (HSG) is the one that fits these steps.

Given that the Hyundai Sonata Hybrid is a sedan capable of reaching 120 km / h in electric mode, the Korean company has sought to give a touch of dynamism to its design, which has evolved significantly. Its design is similar to that mentioned Kia Optima Hybrid is already on sale in Spain , but the differences are noticeable in the front, with a pair of nerves flying through the hood, a very original optical LED lighting drawing a spiral between spots.

At the moment there are no details on the equipment available or prices that will be released, as these two aspects will depend a lot of the audience it is aimed, as the demands and preferences are very different on each side of Atlantic Ocean. So we will have to wait his arrival in Europe, something that will not happen until 2014 at the earliest to know how far along the Hyundai Sonata Hybrid renovation inside.

More: http://www.articlesfactory.com/articles/autos/hyundai-sonata-hybrid.html
back to top