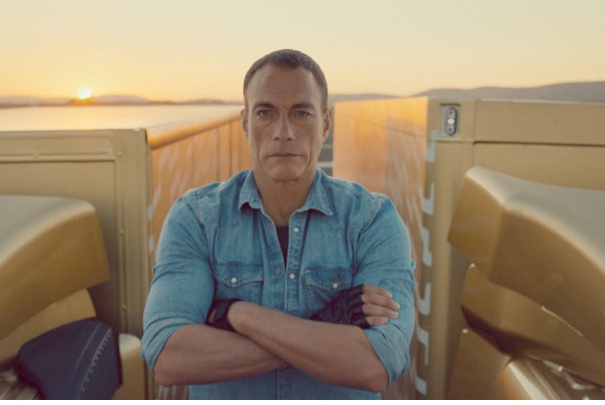 Volvo Trucks’ live test film ‘The Epic Split’ featuring Jean-Claude Van Damme has already been viewed more than 68 million times on YouTube since its launch in November 2013. Now it will also be available for visitors to the Musée de la Publicité at the Palais du Louvre in Paris, France.
The museum contacted Volvo Trucks just a week after the launch of ‘The Epic Split', asking if it would be possible to exhibit the film. As of today it is available to all visitors as part of the museum's permanent collection.

"We are delighted. It is unusual to be approached by a museum like this, and we see this as proof of the extraordinary qualities of the film," says Lars Terling, Head of Marketing Communications at Volvo Trucks.

"Enormously impacted the world"
The Musée de la Publicité is the world's first advertising museum, according to the museum itself. Since 1999 it has built a collection of advertising material with the aim of preserving and educating researchers, students and the public alike.

"Some of the contemporary world's most brilliant thinkers and artists have been involved in advertising. There is no denying that it is a medium that has had an enormous impact on the modern world," says Axelle Baroin, the person responsible for the collection of commercials at the museum.

Innovative and wonderful
One part of the museum's collection consists of films, which are chosen according to various criteria. According to Axelle Baroin, the choice is made depending on themes or planned exhibitions but may also spotlight films that achieve considerable success or receive many awards, or films that are just very strong in some way, for instance through their story, staging or images.

"The Epic Split quickly made a strong impression on the museum. It's simply wonderful. The images are fabulous, the sequence is beautifully filmed. The idea is innovative in its drive to promote Volvo Trucks," says Axelle Baroin.

‘The Epic Split' will be part of the permanent collection and available to all visitors but it may also become part of future exhibitions, which the museum holds two to three times a year.

"‘The Epic Split' is our biggest communication success so far, with people all over the world watching it over and over again. It builds fame for Volvo and strengthens our brand, and most importantly, it has proven to be a great starting point for sales meetings at our dealers," Lars Terling concludes.

Short facts about the Musée de la Publicité
Located within the Palais du Louvre in Paris and forming part of Musée des Arts Décoratifs, the Musée de la Publicité collects examples of advertising from around the world. In its collection, the museum has more than 18,500 films as well as many other types of advertising (posters, promotional objects, etc.). The museum, which was known as the Musée de l' Affiche from 1978, moved back to the Musée des Arts Décoratifs in the Palais du Louvre in the 1990s and reopened in 1999. It holds 2-3 exhibitions every year.

Short facts on the Epic Split
‘The Epic Split', featuring actor Jean-Claude van Damme and music by Enya, was launched on Youtube on the 14th of November 2013. As of mid-December, it was the most viewed automotive commercial on Youtube ever. To date the film has been viewed more than 68 million times on Youtube and has been featured in media all over the world.