Mandates in Building a Commercial Kitchen 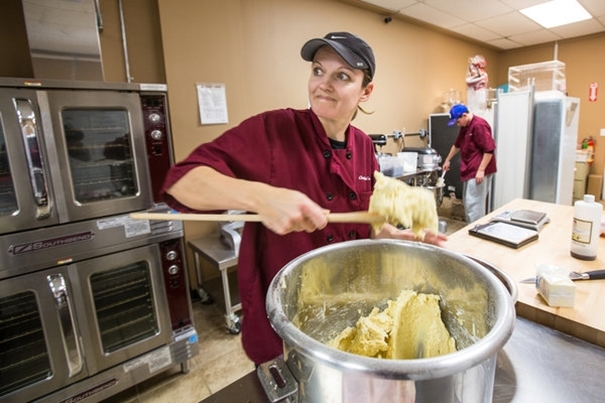 Most of the commercial kitchens would include comprehensive range of cooking tops and appropriate equipments that would operate the different stations. The variety of cuisine provided by the restaurant, the principles of head chef, the preparation techniques of different workers and the focus of the restaurant would also affect the appeal of the kitchen. The available floor area of the restaurant is considered. This would act as the criterion factor for the restaurant’s
equipments. These cooking areas are usually larger and more complex than the traditional residential cooking areas. The following are some parts of the commercial kitchen.

The commercial kitchen would be dependent on the type of cuisine offered in the restaurant. This would determine the number of food preparation counters and cooking stations. Most of the time, the simple station would include catering, grilling, baking and sauté stations. The stations are further equipped with space and necessary components that would help in the preparation of the dishes to be served as menu offerings. They are equipped to provide everything that the chef needs. The restaurants that also provide specialized cooking classes would also features that are needed for the classes. It would include the raw materials, plating, all everything else that the chef would need to cook. Sometimes, these kitchens have specialized cooking prepping areas that would let the chef watch over the students or even give a briefing to the assistant chefs on the menu of the day.

The commercial cooking areas would be distinctly separate from the residential ones. The residential ones are not able to deal with the large-scale food preparation. The equipments would not require frequent replacements. Usually these commercial versions employ durable versions of machineries that would be able to handle the mass preparation of food. These devices are incorporated with safety features that would render them safe to use for long hours. Not designed for residential purposes, the equipments available in these kitchens would include finger guards and safety shields.

Layout of the Kitchen

Most of the time, the layout of the commercial kitchen would depend on the cuisine it caters to and the availability of the space. These are vastly different from the residential ones. There are various kinds of codes that the state, county and local governments have set for the protection of the workers working in the kitchen. These commercial cook tops also comes with additional electric and natural gas outlets. They contain floor drains, and multiple sinks for hand washing and utensil cleaning. There are multiple refrigeration and storage units that are needed to maintain the temperature needed to store perishable items.

One of the major requirements in most commercial kitchens, there are some definite rules that they should adhere to, like there should be exhaust fans over the cook tops. It should also have an automatic fire suppression system that is controlled by sensors. There should be non-slip flooring especially in areas of washing. Padded flooring is mandatory in places where the employees have to stand for longer periods. It should have an active industrial extinguisher and fire retardant systems that is incorporated within the structure of the building.

The kitchen should adhere to various health code requirements that are needed to maintain hygiene. Preparation of food needs careful hand washing and hygiene system. To avoid contamination of bacteria, these health codes also mandates the disposal system of various refuse in the kitchen.

Author Bio: Commercial Kitchens needs to follow some rules and regulations that are necessary for the successful operation of the kitchen. Steven Brown thinks that commercial kitchens are vastly different than the residential cooking areas existing in our homes. Steven Brown http://www.amazines.com/
back to top