Diet and Religion - We Eat According to What We Believe 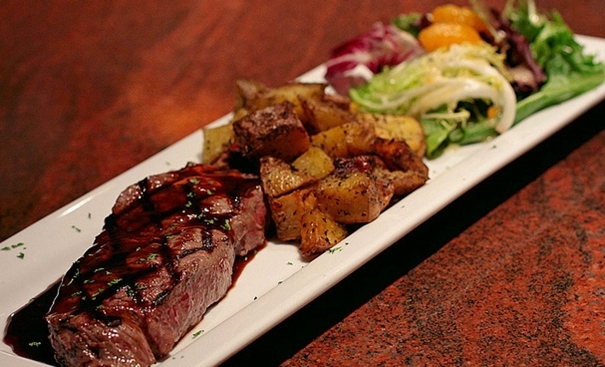 The Mediterranean was the birthplace of the three monotheistic religions of greater influence around the planet. Each religion has adopted their diet, which marked the most significant differences in the cuisines of the Mediterranean basin. The Sephardim are the descendants of the Jews who lived in Spain until the fifteenth century. Following their expulsion they settled in the Mediterranean countries, becoming the most influential Jewish ethnic division of the region.
These people have kept alive their origins in the kitchen, which still retains many of the dishes that their ancestors prepared in Sepharad (Spain), such as rice with chicken, an ancestor of the Spanish paella.

Their food, which was strongly influenced by the cuisine practiced in the Islamic Iberian Peninsula, is a combination of Jewish precepts and culinary traditions and products of the Mare Nostrum.

For the three monotheistic religions, the meal, far beyond mere nutritional function, is a matter of faith.

The eating habits of the Jews kashrut are based on a series of dietary laws that establish the difference between the proper foods (kosher) and the impure (trefa). The kashrut specifies which animals are fit for human consumption: ruminant with the hoof divided into two (except the camel, horse and rabbit), fish with scales and fins (seafood are prohibited) and birds, with the exception of raptors. The birds of prey and those that drag on the belly are trefa. The kashrut also indicates that animals for human consumption must be sacrificed in a ritual.The term kosher does not refer to a concrete style of cooking, but the foods that comply with the code of food standards of the Jewish religion. So it may be kosher food of any country, including fast food.

Christians do not consider any animal unclean, so the dietary restrictions are limited only to the days of fasting. The main period of abstinence is Lent, during which originally the consumption of meat was not allowed, with the exception of children 4 years old and the sick.

For Muslims, moderation is a sign of virtue and the fast of the month of Ramadan is one of the five fundamentals of Islam. Foods are divided into pure (halal) and prohibited (hararn), among which are the pig and all its derivatives, birds of prey and alcohol. As in the case of Judaism, you can only eat animals that have been sacrificed in a determined ritual (dhabhu).