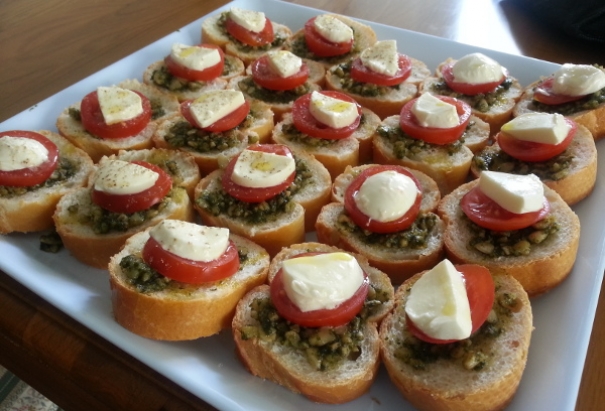 One in 133 Americans has celiac disease (also known as celiac sprue), an autoimmune disease that damages the small intestine and interferes with the absorption of nutrients. People with celiac disease can’t tolerate a protein called gluten, which is found in wheat, rye and barley.

If they eat foods or use products containing gluten, their immune system responds by damaging the lining of the small intestine, where nutrients from food are absorbed. This damage to the small intestine decreases the absorption of all nutrients—resulting in an overall poor nutritional status. If not treated, a person with celiac disease can develop more severe nutritional deficiencies, such as osteoporosis (because of poor calcium absorption), iron-deficiency anemia or multiple other vitamin and mineral deficiencies.

Although the specific causes of celiac disease are still unknown, it is genetically inherited: if someone in your family has it, there’s up to a 15 percent chance you could have it as well. Many times, for reasons that aren’t clear, celiac disease is triggered by pregnancy, viral infection or emotional stress. The disease often goes undiagnosed for years because it causes broad and nonspecific symptoms, such as diarrhea, constipation, gas, irritability, tiredness and weight loss, which are easily confused with symptoms of other ailments. Some people with celiac disease also have a painful skin rash known as dermatitis herpetiformis (DH), and they may not have gastrointestinal symptoms.

If you are experiencing unexplained gastric distress or other symptoms of celiac disease you should talk to your doctor before you begin eliminating all gluten-containing foods. Your doctor should first determine whether you have celiac disease or whether your symptoms are caused by some other food intolerance or allergy. You’ll need a full medical workup and, to definitively diagnose celiac disease, a blood test and a biopsy of the small intestine.

If you and your doctor decide that you have gluten intolerance or celiac disease, a lifelong commitment to a gluten-free diet is currently the only available treatment. This specialized diet can seem like a miracle for those who need it, but it is only beneficial to people who truly have gluten intolerance or who have been diagnosed with celiac disease; it provides no nutritional benefit to people without these conditions. It takes a lot of know-how to manage celiac disease and to follow a gluten-free diet.

Goodbye gluten.
To treat your celiac disease, you must avoid any food containing gluten—namely, anything that contains wheat, rye or barley. You’ll have to give up a lot of grains, pastas, cereals and processed foods unless you find them in “gluten-free” versions (luckily becoming more and more available these days).

There are also a variety of foods you can eat. For example, instead of wheat flour, you can use potato, rice, soy or bean flour. There are also many gluten-free types of bread, pastas and other products in stores, and many websites that offer them; click here for online sources for gluten-free foods. And of course, plain meat, fish, rice and fruits and vegetables don’t contain gluten.

The diet is lifelong—and cheating isn’t an option: even eating a tiny amount of gluten can damage the small intestine. But the good news is that, for most people, following this diet will stop symptoms, heal existing intestinal damage and prevent further damage. Improvements begin within days of starting the diet, and the small intestine is usually completely healed in three to six months for children and young adults and within two years for older adults.