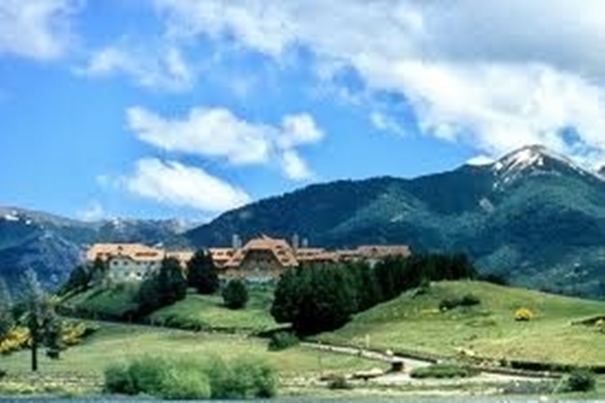 Chile is a country of natural wonders. Beautiful lakes and lagoons, mountain peaks and volcanoes, high ocean waves and beaches cannot but pull in thousands of visitors from year to year. Literally, natural marvels of Chilean nature appear to be the most popular sightseeing spots in the country. Therefore, it is essential to discuss the most adorable sites of Chile. Atacama Desert is no doubt the most discussable place in the country. As it is the driest place in the entire world, there is

no surprise every foreign visitor strives to go there. There is no life: a blade of grass or a bush, some stones, shallow salt lakes and the silence that exists only in the deserts .The peculiar place is the Valley of the Moon (Valle de la Luna), the surface of which totally resembles the Moon. The formation of stones and sand dunes were happened to be a result of prolonged exposure to flooding and wind.

La Portada is a national park in Antofagasta, northern Chile. It is closely associated to the natural arch, formed on the seaside, which reminds of the gates. The monument La Portada occupies a large area off Chile (over 31 hectares). The highest point of the monument is up to 43 meters, the length of La Portada - 70 meters and width - as much as 23 meters. The unique creation of nature La Portada is surrounded by scenic coastal cliffs that rise up more than on fifty meters.

Maipo is one of 47 active volcanoes in Chile that cannot but attract an attention that towers right on the border between Chile and Argentina. Regardless its height of more than 5 thousand meters, the key thing is its shape. Maipo is crucially different from all other volcanoes located in the neighborhood: it has a conical and absolutely symmetrical volcanic shape.

Easter Island is one of the most isolated islands in the world, which attracts not only with its magnificent beauty, but 887 statues. They dispersed over island’s coast and central area. Being lost in the waters of the pacific, Easter island amazes with enigmatic nature and quite terrifying stone figures.

Milodon Cave appears to be a national park in Chilean Patagonia. More specifically, it is called after prehistoric herbivorous species discovered precisely on the site - Mylodon darwini. Milodon Cave is a karst formation with a huge hall and a few passes. The length of the hall reaches 200 meters, width - 80, height – 30.