Learning the game of Chess – meet the game piece players 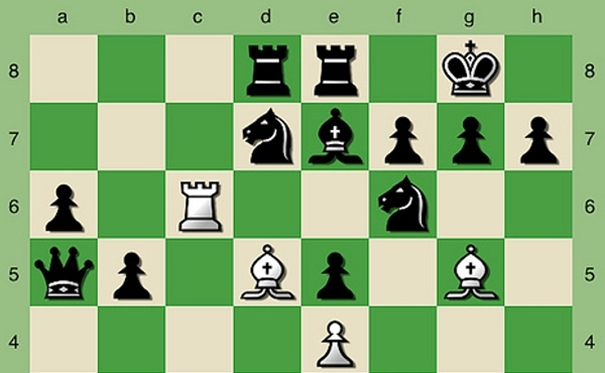 This write-up gives you a look at one amazing board game that has challenged and entertained the generations of then and now. This contemporary and age-old game goes by one well known name: chess. In this article, you will read about the fundamentals of one board game. Its roots are ancient, but it has continued to delight players of the modern era. You call it “chess” – a modern game with ancient beginnings.

The game of chess is one of strategy; it’s a mind sharpening exercise, one which needs you to be one step ahead always. Knowledge is vital to winning a chess match.

You can’t win any match unless you master the essentials. This includes mastering the chess pieces and their uses on the board.

A chess game is turn-based. It requires two opponents who take charge of their pieces from opposite ends of the board. You can say that this feature makes chess a board game like the many games out there. You and your opponent need to decide among yourselves on which colour your chess pieces will be. Traditionally, your choices are limited. It’s always between black and white. After that, you get into action and arrange your pieces like the knights of the medieval era; one chess piece is moved at a time, with the sole aim of conquering the enemy King. Whoever captures the other player’s king first wins the match!

Now let us hone in on the specifics; the piece we will examine first is called a Bishop. You get to move this piece transversely across the board. This chess piece can take up as many squares as you would like across the squares. Then, there’s the rook. If you look at it, it is reminiscent of a small-sized tower. You can move the rook in either a vertical or horizontal direction only. Again, similar to the Bishop game piece, the Rook has no limit on the number of squares it can move.

In terms of power, the queen reigns supreme in the rank. You can slide her in any direction and in an unlimited number of squares. These capabilities make the queen truly a strong, valuable player.  This is in stark contrast to the royalty beside her: the King. The king’s movement is restricted, you see. The piece cannot take up more than a step. The only benefit the King has is that it can be moved in any direction.

The knight is another of the powerful chess pieces in your army. As expected, the Knight is easily spotted by sitting atop a horse, or probably “morphed” is a better description! It follows an L-shaped movement if it advances or retreats. Unlike the rest of your pieces, the knight is the sole piece allowed to make jumps or skips. This is really not surprising. Real horses take huge leaps!

Lastly, don’t forget the humble pawns. I say humble, but “weak” may be more befitting. They’re weak because their movements are very restricted in terms of direction and range. You see, pawns have nowhere to go but ahead square after square. They may be non-ranking pieces, but pawns can give you some advantage in the game. Whenever a pawn reaches the edge of your opponent’s boardFind Article, you can redeem one piece that your opponent captured.
back to top