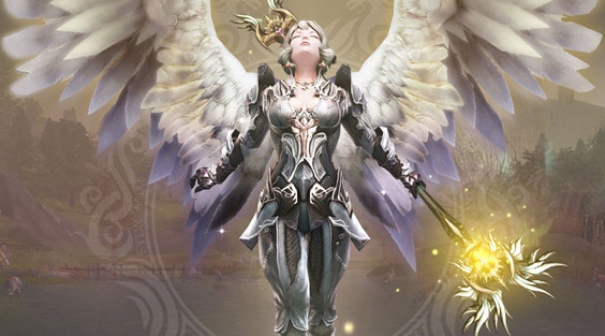 A gigantic war, waged in the skies disturbs the peace of Atreia.  Only part of its inhabitants took up the fight for survival.  You are one of those people.  Tell me now – will you put on your wings and move to attack in the name of your new homeland?  This is not the description of a new film about the destruction of mankind.  This is AION – an MMORPG type game, developed by NCsoft, in which we fight for the fate of Atreia.

We can play as one of four characters in the game: The Warrior, which is great in close combat and distinguished with physical strength and endurance , The Scout, with remarkable agility and speed, as well as large effectiveness in combat, The Mage, who knows how to inflict massive damage from a larger distance or The Priest, who is a master of magic spells and healing to support his allies. The greatest advantage of this game is the fact that we can create the appearance of the character ourselves, and not just choose from the available finished models.  In addition, we can choose which side we want to be on: the good one, which defends Atreia or the evil side, which wants to destroy all civilization.  All this is kept alive in a fantasy style gaming atmosphere and, as is usual in these kinds of games, during the game you can develop your character, carry out consecutive tasks, and... fight with various monsters.  Among the most interesting features, we also have the ability to fly and there is an extensive PVP mode.

Want to know more? Click on the video and see for yourself how the world of AION sucks you into the game!