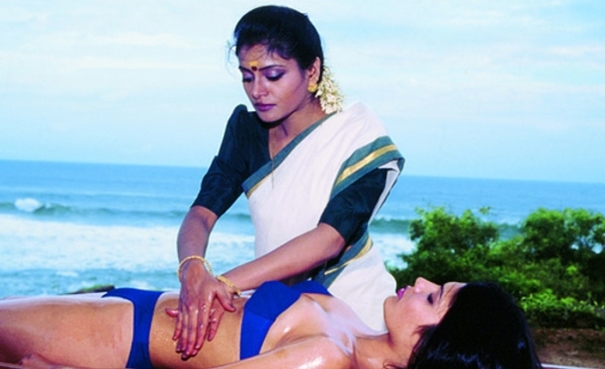 The word Panchakarma comes from Sanskrit Language which means “five treatments” or “five actions”. It is the underpinning of Ayurvedic method of treatments. Panchakrma helps in improving digestion, cleaning your body and to improve metabolic processes. It is highly recommended on seasonal basis. As the meaning of the term, it consists of Five main methods.


Panchakarma treatment comprises of three parts namely Poorva Karma (Preparatory Methods), Pradhan Karma (Main Methods) and Pashchat Karma (Post- Therapeutic Measures). Panchakarma, from the primeval times, is given an exceptional rank and are very well described in prehistoric books too. Pradhan Karma or the main methods are five in numbers and thus the term Panchakarma is originated.

They can be listed as:

Before starting Pradhan Karmas, Poorva Karma is conducted. This is the process of preparing your body to get purified. Poorva Karma consists of three procedures – Paachan, Snehan and Swedan. This is helping the toxins to move in the direction of gastro intestinal tract by doing a specific oil massage to the entire body. The tissues seen on the surface just beneath the skin and profound tissues are made soft and agile by this massage. Then comes the Pradhan Karma.

Vaman Karma: Therapeutic vomiting is done to eradicate the kapha which in turn causing the excess mucus. Cough, Asthma, Colds or Bronchitis are caused by congestion of the Lungs and Vaman Karma is the treatment for these. The processing of emetics or the Vaman Karma is for the cleansing of the body (Shodhana). Here the vexed doshas in the body are expelled out by oral canal.

Basti: Among the Panchakarmas, Basti plays a very important role as the most effective treatment for Vata disorders. The method goes like inserting decoction or medicated oil through the rectal route. There are Eight main type of Bastis – Anuvasana, Niruha-Asthapana, Uttara Basti, Matra Basti, Karma Basti, Kala Basti, Yoga Basti and Bruhana Basti. Many of the Vata disorders such as gout, muscle spasmsrheumatism, arthritis and headaches can be treated with Basti. Eventhough a number of enemas, that too in a prescribed time are needed, it relieves sexual disorders, kidney stone, distention, constipation, chronic fever, sciantica, heart pain, backache and joint pains.

Nasya: The procedure of nasal administration is called the Nasya. As we all know the entrance to our brain is Nose and it is also the doorway to consiousness. The cleaning of head areas, nose, sinus or throat is most effectively done through the nearest possible opening, ie our Nose. It is through the nose which Prana enters the body(by breathing) and controls the sensory and motor functions from Brain.Loss of memory, convulsions reduced sensory perception and headaches are cused because of the deranged Prana. Nasya is specified for Prana disorders, migraine headcahes, sinus congestion and certain eye & ear problems. Six typs of Nasya are Pradhamana, Bruhana Nasya, Shaman Nasya, Navana Nasya, Marshya Nasya and Prati Marshya.

Rakta Moksha: It is the traditional Ayurvedic way of purifying and cleaning the Blood. Toxemia is the condition in which toxins in the gastro-intestinal tracts are engrossed into the blood and is circulated throughout the body. Repeated infections, hypertension and other circulatory problems are caused due to this condition. Blood purification is very important in these conditions along with the internal medication. Rakta Moksha is also stated for cases of enlarged liver, spleen and gout. An individual’s psychosomatic temperament or constitution is regulated by the Tridoshas – Vata(ether plus air), Pitta(fire plus water) and Kapha(water plus earth). Every Human is considered as a unique phenomenon of cosmic conciousness as per Ayurveda. If the balance of Vata-Pitta-Kapha is altered in any ways like seasonal changes, wrong diet, lifestyle, stress factors or incompatible food combinations it will produce Ama(Toxins). So to maintain the balance and stop the further production of Ama, a good cleansing program like Panchakarma is very crucial.

Panchakarma is prescribed to each person considering their specific disorders, constitution or needs. It is a very special treatment which requires skillful guidance from a specialist Ayurveda practitioner. It is highly recommended that one should consult with an Ayurvedic Physician before undergoing the treatment.