Kellog's cut the proce of its core snacks 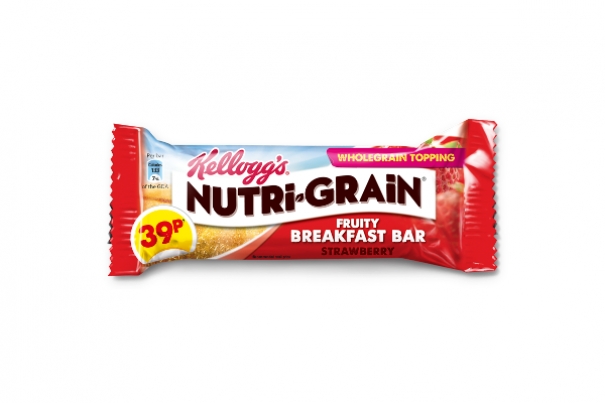 Kellogg’s is set to get convenience tills ringing this New Year after launching the company’s biggest-ever cost promotion on its core cereal snacks range, which will see prices cut by 30 per cent. From February 2014, individual price marked packs will be reduced by 16 pence to 39p, for a limited time only, a move which is set to boost incremental sales in the channel.

This follows a major overhaul of the Kellogg’s snacks portfolio in August where it simplified the number of bars in its core to eight to give retailers greater direction on its must-stock products.

To get shoppers excited about this promotion, Kellogg’s has also created special point of sale material to help retailers create impactful displays in store.

The offer will feature on all Kellogg’s core range individual snacks from February 2014 to July 2014.

Nick Dawson, UK Customer Director of Specialty Channels at Kellogg’s, said: “This price promotion is massive news for the channel because it’s the biggest one we’ve ever done on single snacks.

“We know retailers don’t have elastic shelves which is why are now focussing on a tight core range of eight to give them a greater understanding of what they should stock with limited space.

“This offer will really help us to bring these changes to life and drive visibility for the new core snacks range in store. This will be a huge sales driver as we know 78 per cent of cereal snacks purchases are incremental.

“Shoppers love to grab a bargain and try new things so we are offering them great value tasty food at a competitive price.

“This promotion is a real game changer and we have some fantastic point of sale material on hand to help retailers get shoppers excited and drive category growth.”