Functions of a sewage treatment plant 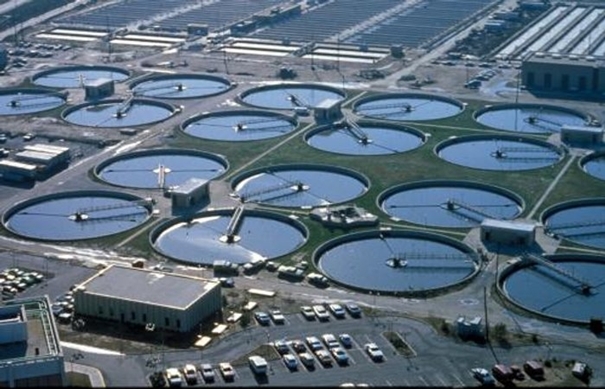 
Normally this doesn't involve cleaning up waste which is released from particularly dirty sources, for example, heavily industrial companies or factory farms of nuclear reactor coolants.

The functions of plants

*Primary: In this first stage the easy-to-remove substances are taken out from the wastewater. For example, fats and oils are skimmed from the surface, rocks and pieces of grit are strained, and any large pieces of rubbish can be raked out.

*Secondary: In the second stage the main aim is normally to take out as many biological contaminants as possible. The secondary treatment is the stage at which the largest technical differences within sewage treatment can occur. This is because there are a number of methods in which biological contaminants can be reduced in wastewater. Having said that, generally microorganisms are used to get rid of any unwanted elements.

*Tertiary: In this final stage the objective is to make the water as clean as possible before it re-enters the environment. Usually this is achieved by artificial or man-made natural filter systems. Sometimes treatments are also used to get rid of any phosphorus or nitrogen found in excess. Then, the remaining water is disinfected. Chlorination or UV treatment is usually used for this process.

The sludge that's left over from cleaning the wastewater has to be dealt with separately and differently to the water that is released. This is an important additional function for treatment plants. In general, this is taken care of by using anaerobic and aerobic methods which utilize bacteria. Composting can also be used to break down any biological contaminants of the waste.

Many people are under the impression that the water which comes out of a plant is clean. This is a common misconception: the function of a plant is to make the water cleaner, but it's not clean enough to drink. It could be used in irrigation. What a plant is trying to do is to simply speed up a process which would naturally occur given more time. This means that a plant can create water which is safe to enter back into the water system as it's so heavily diluted. The river then continues the water purification, acting as a form of fourth stage.

A sewage treatment plant has major functions. It's an important part of dealing with waste, be it domestic or commercial, and helps maintain a clean water supply.
back to top