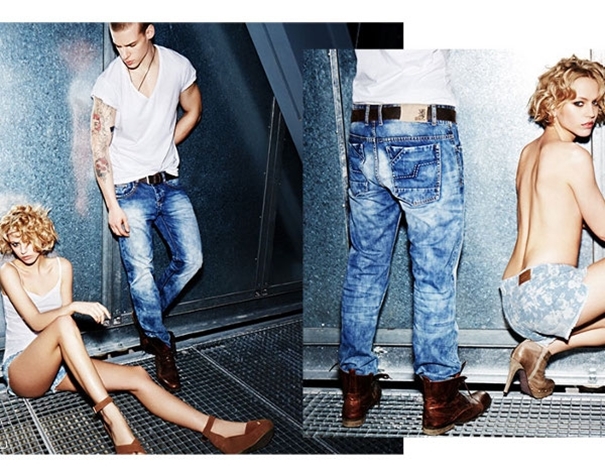 Fire and water. Pepper and salt. A man and a woman. Two supposedly extremely different creatures, but belonging to the same species. Contradictory, but consistent. That's the idea behind the New Yorker designers in creating the latest collection of Denim 2013 - where they are capturing the differences and similarities between the two genders.
The film promoting the latest collection of New Yorker is thought-provoking. The viewer can see nothing but a pair of people walking around each other, giving each other an explicit eye. It is a little bit like a mating dance, especially when you consider the fact that all you can hear in the background is a man's voice. The voice in the background is neither rapping or wisperring a poem.

The man's words show not only how different and how similar males and females are from each other, but it also revelas the idea of New Yorker for the upcoming summer season. The combination of what is feminane and subtle, with strong masculine accents is something that New Yorker is going to offer to you in the new summer season. The new season is kind of unisex style, but it also emphasises the best features of each gender.

'' Is she me and am I her? Are we one?'' These words sound like something which is well known to anyone who has loved before and found himself in this situation, where it is difficult to determine, which body is whose and whether you are still yourself, or you are together.

So different, but so similar. Separate, but in  sense...togheter. Is it possible to become united with your clothes? Yes, it is. All you need to do is visit New Yorker and choose your 'other half'.