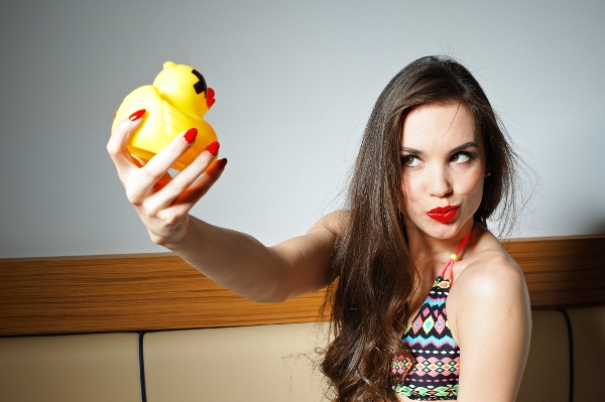 The main platform for communication on the campaign is http://badrubberducker.com/, but BAD RUBBER DUCKER will also appear in CROPP’s social media such as Facebook, YouTube and Instagram, where a competition will be organised for fans of the brand.

– The yellow rubber duck has today become an essential element in pop culture, a cult image even, often used, for example, in street art. And it is also featured in the spring/summer campaign by Cropp, which is why we decided that Bad Rubber Ducker would be the perfect, defiant motif for our campaign – says Arkadiusz Dudkowski, CROPP’s Marketing Specialist.
As part of the campaign ambient events will be organised in six Polish cities – on 7 June rubber ducks will appear at selected fountains and ponds in Gdynia, Kraków, Lublin, Poznań, Warsaw and Wrocław, with a unique code designating a prize.

An additional element of the BAD RUBBER DUCKER campaign is a cooperation with twenty artists – graffiti creators, illustrators, graphic designers, character designers, bloggers, typographers and tattooists – who will create their own individual interpretations of ducks in street art style.

The comprehensive organisation of ambient events in six cities, photo sessions in each of the cities, production of gifs, cooperation with the artists involved in the campaign, documentation and ePR promotion is the responsibility of FBI Media event agency, which also invented the name for the campaign mascot.

The concept, creation, creative line, photo session and development of a dedicated landing page, promotional materials and actions on the Internet are the responsibility of zjednoczenie.com.
For more information visit: http://www.badrubberducker.pl/.