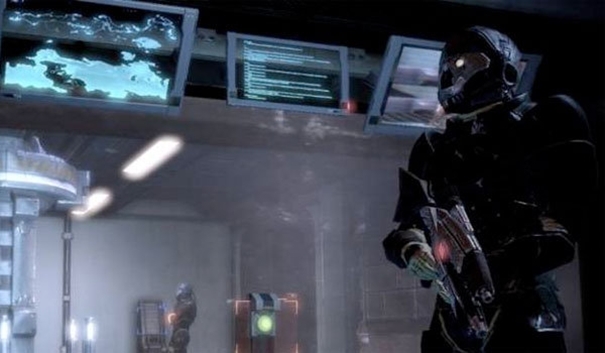 Either Mass Effect is a series that you love or you don't get the importance behind it. While most fans of the series have found this completely mind blowing, I can see the point. On one hand, you have a deep and involving storyline that plays off the RPG elements infused with the game. On the other hand, you have a shooter-based title with more linearity than what RPG fans tend to stomach.


With the recent release of The Arrival, the last piece of DLC for the popular title, this argument shows little signs of fading anytime soon. The new content is designed to bridge the gap between Mass Effect 2 and Mass Effect 3, which is supposed to hit later this year. Is BioWare able to deliver on this DLC the same way they have in the past for Mass Effect 2, or does the last DLC for this title whimper out like the last DLC (Witch Hunt) for Dragon Age: Origins did?

The Arrival kicks off with a message from an old Alliance friend, Admiral Hackett. He requests that Shepard break into a Batarian prison to rescue his friend, Dr. Amanda Kenson. He also mentions that Kenson has proof of an imminent Reaper attack, and since we've been told about the Reapers since the first installment, it is definitely worth the outing. As I said earlier though, Kenson is in a prison and you have to rescue her, with no help from your loyal squad. This created a sense of stealth action, something the series isn't known for, and showed just how well the good commander would do on a solo rescue mission.

Without giving too much away, the linear nature of this DLC can feel overpowering at moments. However, it only feels this way in a few spots, generally right after combat. Even then, it doesn't feel too different from previous DLC for the title, except this one creates a sense of urgency that can cause the player to instinctively rush through the playthrough and miss a couple of things. Yes, the rumors are true; the DLC will only take you roughly an hour to an hour-and-a-half on the most difficult setting. Even if you take control and search everywhere as you progress, the time increases at such a nonsensical rate that full exploration doesn't really warrant a feeling of long gameplay, more like expected gameplay.

Exploring the environment does grant you more credits, various elements used in upgrades, and a few random data pads. There are also voice recordings, which all relate to the story of this DLC. Overall, it doesn't have a lot to offer those who want to explore more of the world of Mass Effect 2, and this really sucks. It feels more like a chapter in Gears of War with the fleeting moments of discussion and then waves of enemies to tide you over while getting from point A to point B.