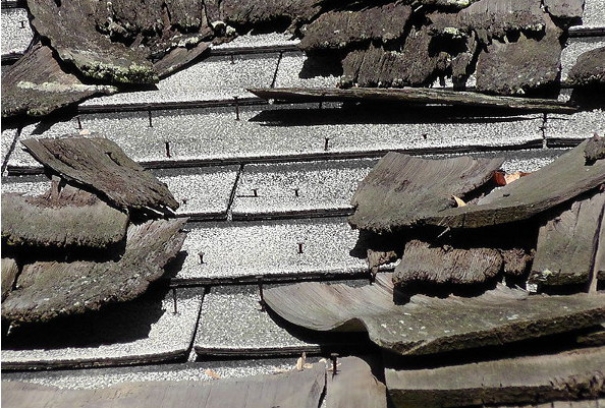 A trust providing housing and care for the elderly and two firms hired to carry out refurbishment work at its premises in Alnwick have been fined after staff and residents were put at risk of exposure to asbestos. West Yorkshire firm Express Elevators Ltd was contracted by Anchor Trust to replace the lift at St Paul’s Court sheltered housing scheme in November 2012. PC Lifts, of London, was subcontracted to remove the existing lift ahead of the new one being installed.

The lift shaft contained asbestos boards, which PC Lifts removed without putting any measures in place to prevent the spread of asbestos fibres.

The Health and Safety Executive (HSE) today (6 February) told Bedlington Magistrates’ Court that Anchor Trust had a duty as the client to ensure that arrangements made for managing the lift replacement were suitable, and ensured there was no risk to health.

They failed in this duty as they provided Express Elevators Ltd with conflicting information and, although an asbestos survey was provided, it was not sufficiently accurate or detailed enough for the work being carried out.

The HSE investigation found that Express Elevators Ltd failed in its duty to plan and manage the work as it did not make adequate inquiries about the presence of asbestos. The company relied on verbal information from Anchor and although it received the survey, no reference was made to it before work began.

PC Lifts was also found not to have made adequate inquiries and to have worked in the lift shaft without adequate lighting. These factors may have contributed to the company’s failure in identifying the asbestos. Asbestos boards were broken out from the top of the lift shaft, but no measures were put in place to prevent the spread of asbestos fibres through the building.

The combined failures of all three parties led to the unsafe removal of the asbestos and the potential spread of asbestos fibres, which exposed residents and others to a potential risk to their health.

Anchor Trust, of Bedford Street, London, was fined £10,000 and ordered to pay £346.40 in costs after pleading guilty to breaching Regulation 9(1)(a) of the Construction (Design and Management) Regulations 2007.

PC Lifts Ltd, of St John Street, London, was fined £4,000 with £346.40 costs after pleading guilty to breaching Regulation 16 of the Control of Asbestos Regulations 2012.

“Asbestos is the single greatest cause of work-related deaths in the UK and those involved in the construction and refurbishment industry have a clear duty to ensure that work is managed so as to prevent the spread of asbestos.

“This incident occurred because not one of the defendants fulfilled their respective duties when carrying out the lift replacement at St Paul’s Court, leading to asbestos fibres being disturbed.

“As well as the companies’ employees, the residents at St Paul’s Court were also potentially put at risk.

“This incident was entirely preventable, had the companies carried out their respective safety duties. This prosecution should act as a reminder to all involved in such work, that whenever work is carried out which is liable to expose employees to asbestos a suitable survey must be done to establish whether asbestos is present before any work begins.”

Information and advice about working safely with asbestos can be found on the HSE website at www.hse.gov.uk/asbestos