Better access to healthy foods is not enough to tackle obesity 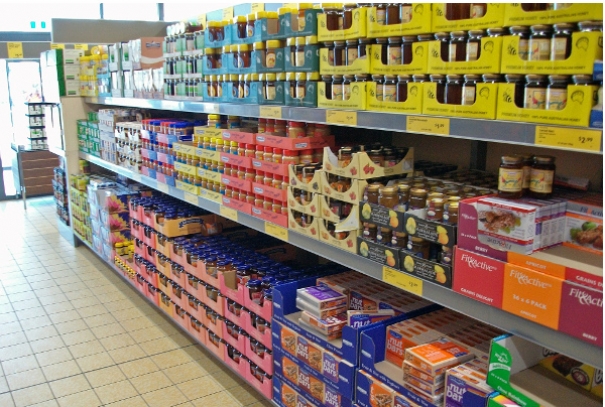 SupermarketGovernment initiatives to improve access to healthy foods may have a limited impact on obesity, according to new research by the London School of Hygiene & Tropical Medicine and Penn State University. Disadvantaged neighbourhoods often lack access to low-cost healthy foods, which has led to initiatives in the UK and US that focus on increasing the number of local supermarkets through grants and loans.

Recent programmes in the US include the $400 million Healthy Food Financing Initiative, promoted by the White House Task Force on Childhood Obesity, and New York City’s FRESH programme, which continue to be rolled out in urban areas of the US. But to date, there have been no formal evaluations of how effective these programmes actually are at improving diet and reducing obesity.

Now a study published in Health Affairs has provided the first US-based evidence that building new food retail stores is not sufficient to improve the diets of low-income residents.

The researchers investigated the impact of a new supermarket opening in a low-income community in Philadelphia, classified as a “food desert” by the US Department of Agriculture. The supermarket is part of the Pennsylvania Fresh Food Financing Initiative, which has been responsible for 88 new or expanded food retail outlets in the area.

After studying around 650 residents over a period of four years, the results showed that although there were improvements in residents’ perceptions of food accessibility, these did not translate into significant changes in diet.

Few residents chose to shop at the new supermarket once it opened, with only 27% of residents adopting it as their main food store and just 51% using it for any food shopping at all. Despite the programme’s objectives of improving diet, exposure to the new supermarket had no significant impact on reducing obesity or increasing daily fruit and vegetable intake.

These findings mirror the results of previous UK-based studies, which also found no significant evidence for any effect on diet. However, the authors note that additional studies are required to confirm these findings in other populations.

Lead author Professor Steven Cummins at the London School of Hygiene & Tropical Medicine, said: "Interventions that encourage the location of supermarkets to improve food access and reduce diet-related diseases, such as obesity and diabetes, are currently high on the policy agenda in many nations. Such policies also form a central part of many US government schemes such as Michelle Obama's Lets Move Childhood Obesity programme.

“Though these interventions are plausible and well-meaning, this study suggests that they are only effective in taking us part of the way in changing dietary behaviour – in order to realise their full potential we need to better understand how to translate changes in perception to changes in behaviours."

The researchers suggest that combining the development of new food stores with complementary initiatives that focus on price promotions, in-store marketing and branding could encourage greater use of these new stores.

The study was funded by the National Institute of Environmental Health Sciences.