Does Monosodium Glutamate (MSG) Have Negative Effects on Health? 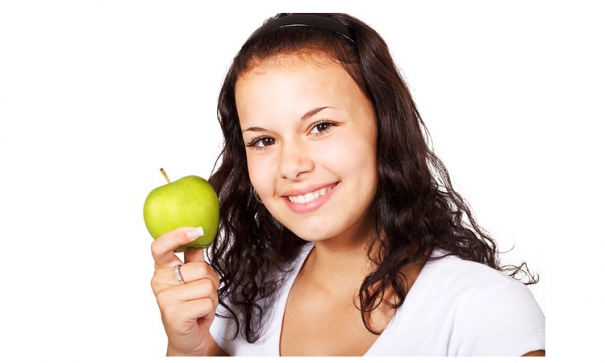 For years, scietists have been looking for an evidence if Monosodium Glutamate is bad for human health, but up till now they haven't come to firm conclusions. Yet, people should consider some MSG side effects when consuming this substance.

There was always a controversy whether some food additives have negative effects on health. Among these additives that have been subject to much discussion and several scientific studies, the Monosodium Glutamate (MSG). As mentioned in Wikipedia “MSG is used in the food industry as a flavor enhancer with an umami taste that intensifies the meaty, savory flavor of food, as naturally occurring glutamate does in foods such as stews and meat soups.”

The use of MSG as a flavor enhancer is mainly used in Asian cuisine such as Japan, China, and others, as well as in different parts of the world. A lot of people relate many symptoms such as flushing, headache, and other health problems to the MSG intake. But for decades, scientists haven’t found firm evidence relating between MSG and these symptoms.

A new study conducted by researchers from Faculty of Medicine, Comenius University, Bratislava, Slovakia, has gone through a number of researches that studied effects of MSG, both on rodents and human, and tried to review these studies to find an answer to the question if MSG has negative effects on health or not.

Researchers tried to analyze MSG effects in relation with what is mainly discussed by scientists namely “Neurotoxic effects in brain, obesity and metabolic defects, ‘Chinese restaurant syndrome’ and detrimental effects on sex organs” as stated in the study.

The main issue that researchers have always faced is relating these studies’ results that are done on rodents to human. Researchers said “Although the toxic effects of MSG on the CNS have been shown in previously mentioned animal studies, there are problems to apply these results` to human MSG intake.”

In this context, scientists stated a study that was led by FAO and WHO Expert Committee on Food Additives in 1988 stressing out that “blood levels of glutamate associated with lesions of the hypothalamus in the neonatal mouse were not approached in humans even after bolus doses of 10 g MSG in drinking water.” “Also the Consensus meeting in 2007 noted that glutamate did not trespass into fetal circulation, even in high doses” the study added.

To investigate effects of MSG on obesity, researchers of the above mentioned study have analyzed data from studies done on animals “in which neonatal administration of MSG provides a model of obesity with impaired glucose tolerance and insulin resistance led to concerns about obesity in humans using MSG in food.”

It is noticed that “MSG increased mRNA expression of interleukin-6, tumor necrosis factor-alpha, resistin and leptin in visceral adipose tissue, it increased insulin, resistin and leptin levels in serum and it also impaired glucose tolerance” the study stated. Also, researchers made a hypothesis that “MSG could induce liver injury likely as a consequence of incipient nonalcoholic steatohepatitis, contributing to inflammation… (Besides), the development of hepatic insulin resistance could be the consequence of deregulation between liver and adipose tissue.”

A lot more studies have discussed this relation between MSG and obesity, but the study stressed out that though some studies found positive effects, but “the application of these results to human MSG intake is difficult due to differences in mechanisms which could potentially lead to obesity and possible combination with other substances leading to potentiation or inhibition of particular compounds` effects.”

To evaluate other effects of MSG, researchers have stated a study which is done in China to question relation between MSG and hemoglobin. The study took samples of 1197 Chinese men and women and they “found a positive association between MSG intake and hemoglobin increase only in men. The authors hypothesized that MSG effect could be mediated via leptin due to the potential role of leptin in hematopoiesis” the study discussed.

Researchers come to a conclusion that though studies found positive toxic effects of MSG on nervous system, adipose tissue, insulin resistance, liver, reproductive organs, and many other body systems and organs, in studies conducted on animals; however, these results are hard to be applicable on humans because of differences in doses that could be taken by humans and animals. Yet, toxic effects of MSG on the body are still not clear and much research still needed to clarify thatPsychology Articles, so one should consider some negative effects when consuming this substance.